The Brooklyn Nets Are The Team To Beat5 minute read 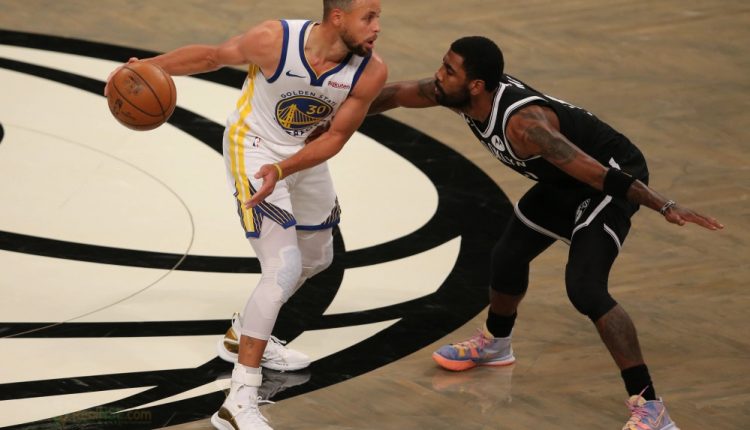 The NBA season has begun and the Nets have started pretty well in proving they deserve top contender status. The Nets defeated the Warriors 125 to 99 in a thrilling match that made Curry look pedestrian throughout much of the match.

They helped Brooklyn Nets out to a 40-25 lead by the first quarter.

Durant and Irving were rested in the fourth quarter as the Nets finished up with a heavy beating score of 125-99.

The first win for coach Steve Nash, he will be proud of his players. The Brooklyn Nets have a deep team and it was east for them to sit Durant and Irving and still do well. Caris LeVert did well, putting up 20 points and 9 rebounds.

Caris LeVert’s defensive play stifled the Golden State Warriors and he had great footwork to be holding Stephan Curry off with such ease.

Jarrett Allen put 8 points, 7 rebounds and 2 blocks. DeAndre Jordan led the Nets with 11 rebounds. Timothe Luwawu-Cabarrot, Tyler Johnson and many others came on to seal the victory in stone.

As for Golden State, even though Stephen Curry racked up 20 points, he struggled to get shots in. He only made 7 out of 21 shots from the field, 2 out of 10 from 3-point range.

Rookie center James Wiseman could not help the Golden State Warriors very much even with his soaring 19 points and 6 rebounds in his NBA debut.

The Nets know that they have to take advantage of this moment and push for the chance afforded to them with Durant being back. This is their chance to win the title they deserved to win last season.

Anything is possible, so a myriad of bad luck can derail this train they are clearly on. This is where their depth can help them.

Right now, chemistry is important. Durant needs to build bonds with the new players to ensure they can play under any weather or situation.

Star power can only carry a team so far. They will need to work together as a team.

Kyrie Irving who is considered the best ball handler in the league has suggested he is not going to bring the ball up the floor as much anymore. He would rather play his role and make the team great.

Irving on the win: “I’m always grateful to put on a uniform, strap on my shoes. It’s been a long journey to get here and to be able to master this craft. To learn that it’s not just about hero-basketball, it’s about how great the team is. I think I got caught up in that in my career a few times, just trying to play hero-basketball… when the team success is really going to dictate how great you are as an individual, and how great you play your role. Being here at this present moment, I’m enjoying that and embracing it.”

Irving has been the leader of the team of sorts and has done well to draw Caris under his wings. The players look up to him and he can carry the load of leader while Durant just shines as the star.

The efficiency between the two was fantastic to watch, 48.9 percent overall with 45.0 percent from deep shot percentage.

They have only one fault. Their number of turnovers is worrying. They had two more than the Warriors and 20 is a bit high. If their offense was not so efficient or the Golden State Warriors not so wasteful this would have been a huge problem, for now it is something to note.

Another lovely thing to note was what this match meant. The organization wanted to honor the city’s essential workers. They invited 30 workers to the opener of a should-have-been empty stadium.

Spencer Dinwiddie spoke on behalf of the team in praising them. A banner was erected in the rafters for them as well. They socially distanced and were wearing masks as per rules. It was heartwarming and especially with the win. It makes this match more memorable.

This could be the start of a great era for the Nets. Their next match will be against the Boston Celtics. Kyrie Irving will have to face his old team and we are sure there is no love lost.