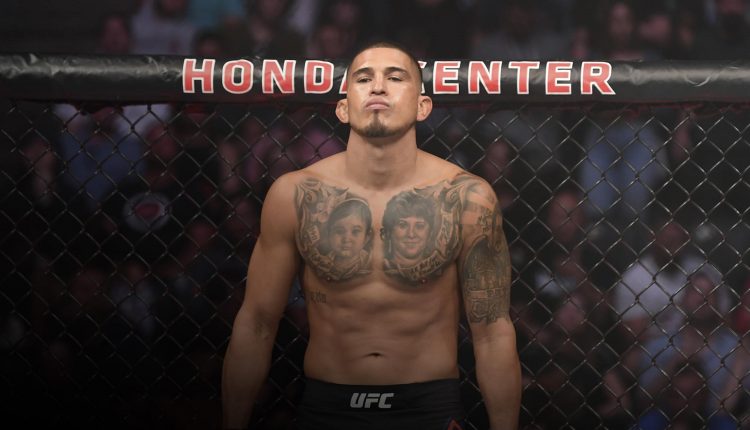 Anthony Pettis has now left the UFC and the nicknamed ‘Showtime’ is keeping his options open to what the future holds. He was a lightweight champion and if you are wondering, he was the one that made the decision to leave.

On twitter he talked about wanting to explore free agency and seeing how it feels not being under the contract of the biggest promotion in the MMA fighting sport.

He had been fighting for 11 years and had originally started with WEC. He then came into the UFC and became an electric fighter who would go on to eventually win the lightweight championship Benson Henderson.

His first match was forgettable, but he learned quick and his next five matches were a breeze as he destroyed his opponents. He got the title match after that performance. Holding the title was difficult as he lost it quickly after.

The WEC merger occurred in 2011 which is why he is recognized as a UFC champion even though he won it in the WEC. But if there was any doubt he also beat Gilbert Melendez at UFC 181 for the UFC lightweight championship, so it cannot be doubt he can fight at a top level.

The nickname was given to him, because of his exciting flashy fighting style which drew a lot of fans praise to him.

Other weights were tried as he tried to figure out what was the best path for him as a fighter. Seemed after the experimentation with feather and welter weight, he just decided to take it further and most likely outside the promotion.

Many would have thought he would have stayed after all he wanted to try his mettle at the lightweight again. He probably guessed that was not what he wanted after some thought.

His last match the former champion defeated Alex Morono at UFC Vegas 17, so he went out with a bang.

ESPN MMA’s Brett Okamoto speaks with Anthony Pettis about his win vs. Alex Morono at #UFCVegas17. “Showtime” says he plans to return to the lightweight divis…

In the letter of resignation he thanked Dana White and UFC executives for a ‘wild ride’.

Pettis is considering his next step right now and is trying his best to take time before making that step.

“I’m open to see what they come back at me at,” he said. “My little brother (Sergio Pettis) outside of the UFC now, and it’s one of those things like I’m not attached to anything anymore. I’m taking one fight at a time. My goal is to be the best version of myself. Obviously, the UFC is where the best guys are at, so I would love to fight in this organization still. But we’ll see what happens.”

The little brother he was referring to was Sergio Pettis who went to Bellator after completing his contract with the UFC.

Maybe it is coincidence, but Bellator lightweight Patricky “Pitbull” Freire tweeted a welcome at Pettis. That raised a number of eyebrows and had a few wondering if this was a smokescreen. Was Pettis already decided on going to Bellator?

Pettis will not say and we can guess the truth will come out soon enough. Bellator getting Pettis would be a win and they have been taking some wins with a couple other high profile fighters moving over to the ViacomCBS-owned promotion.

Right now his record in the UFC specifically is 10-9 promotional record. It can be said that considering his advancing age he might not want to see himself being losing too much against faster fighters. It is not to say Pettis is not a good fighter, but nature is not something a man can escape. It does catch up on you eventually and cruelly by the way.

Pettis will do well wherever he is and his stardom will definitely bring the fans much joy and that is a win-win in any situation.

The Brooklyn Nets Are The Team To Beat