New Rules No Fun for the league 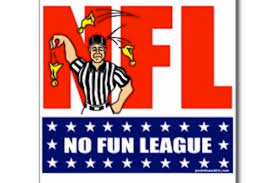 On Tuesday the NFL announced that the league owners passed a rule to ban leaping to block a field goal or extra point. This was one of may rule changes that the owners approved,via a vote at the yearly meetings that are held in Phoenix Arizona.

Many players might be upset with the rule change, but both the NFL and NFLPA endorsed it for safety reasons. To many, watching the defender leap over the long snapper in attempt to make a play was exciting to watch and it brought some new excitement to the game that was dying out  to a point.

Of the combined 41 blocked field-goal attempts and PATs in 2016, three came from players jumping over the line, via NFL Research.

Also on Tuesday, the NFL passed a major rule on targeting. There will be automatic ejections for egregious hits to the head of another player. These penalties will be called jut like at the College level. So look for more ejections during the season.

This rule has its Pros and it Cons, The pro part of this rule is that it protects the players health and body, by preventing more head to head hits, it reduces the amount of concussions and brain injuries in the long run. Now the Con of this rule, It will delay the game more just to review the play multiple times to see if targeting occurred. Not to mentioned if a player is ejected because the two players had helmet to helmet contact  by accident due to the defensive player already engaging in the hit and the ball carrier lowering himself to take the hit. This will cause a lot issues especially with your star defensive player being ejected because it look like a helmet to helmet hit. I do believe in player safety, but this will slow the game down more rather than speeding it up.

Breaking News: The DNC is firing everyone