Predictions on the 2020 NFL Divisional Round6 minute read 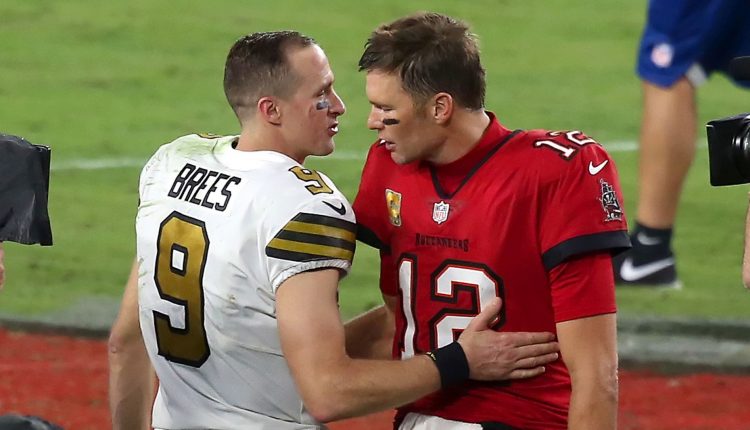 The question is who will make it through?

The Championship Round will occur on the 24th of January.

The NFC and AFC championships are be played at the homes of the highest remaining seeds for each conference.

The NFC Championship will be fought by the winner of Rams vs Packers and Buccaneers vs Saints. It will happen at 3:05 PM, FOX.

The AFC Championship will be fought by the winner of Browns vs Chiefs and Ravens vs Bills. It will happen at 6:40 PM, CBS.

Rams can Bully the Packers out of the Running

The Rams are set to go up against the Packers and no one is looking at this as a matchup between Aaron Rodgers and whichever quarterback gets picked on Saturday. It is really a battle between Rodgers and the Rams defense.

If that defense gets to work and the Packers defense does poor to average job the Rams will move on to the championship round. Many will tell you the Rams cannot do it twice, but with Ramsey and others suiting up for this match. Much of their defense is intact, it will not be easy for Aaron Rodgers.

He must be on his A game. The last thing he wants is to go out like Russell Wilson. Still the Packers offensive line is a good line and will weather the storm that is the Rams much better than the Seahawks did. Devante Adams will be key to making sure the Packers get out of this alive.

The Bills are the hottest offense in the league and overall better than most. Against the Ravens defense they will struggle for sure, but not enough to cause alarm. It will be efficient for the Ravens to keep the Bills off the ball as much as they can if they want to win.

Their rushing offense is hard to stop, but the problem they face is controlling the match with such a dangerous passing team with a reasonably good defense.

When the System Raises Above Talent

The Browns can win this game. Are their chances low, yes. But they can win, it is not that farfetched to believe. The Chiefs may be the cheat code, but they have one problem. People know how to stifle their offense, so do the Browns.

Granted, Mahomes and his core easily adjust and can comeback with frightening flair and destructiveness. They have that ability because they are that good, that is the cheat code. As a team however, they have some inconsistency and discipline issues.

Stifling the Chiefs requires taking out the long-range threats and just allow the easy completions. Coupled with their long developing running game, they can milk time and keep the Chiefs off the field and make sure they must work for every inch of it.

So, they need to focus on shutting down Tyreek Hill and any long developing routes for the whole game. Sounds impossible? Ask the Chargers they struggled to do it, for the same reason.

This is where the Browns have their first problem. Their defense is not that consistent, and they are bound to get tired near the end of the game. That is when the receivers will strike hot.

To hold off Tyreek Hill that the whole game will be difficult, one lapse in judgment can lead to a 40-yard completion or touchdown. The Browns offense can steamroll over the Chiefs defense, so it probably turns into a firefight that is for sure.

The question is, who will make the most key stops on defense? That is what matters in this match the defensive plays.

The Buccaneers know the Saints, the question is can they take the chance and beat them. Right now, the Saints quarterback Drew Brees is struggling, Taysom Hill is stilling learning. Winston is around in the shadows. The defense is full cylinders ready to go, but they are going up against Brady the assassin of defenses.

The Buccaneers have great offense and defense, they have one issue, consistency. Still, it has not reared its head yet and this match is do or die. That will motivate greatness of these players to put in the performance expected of them.

What is expected of them is to win. But the Saints are not weak, they have the capability to strangle the Buccaneers and will the Brady dream right there on the field, for the third time this season. That would be a nice way for Drew Brees to go out, if not winning the Super Bowl, he can deny their rivals a shot at winning a Super Bowl in their own stadium.

Nate Diaz Set to Return to the UFC