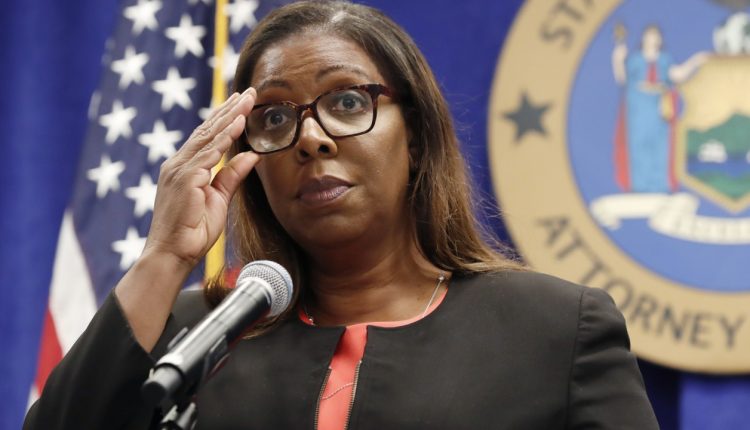 New York State Attorney General Letitia James held a press conference moments ago to announce a large lawsuit against New York Mayor Bill de Blasio and the leadership of the NYPD. The AG cites that the NYPD has been using unjustified force when handling protesters as well as accusing them of being racist.

“The death of George Floyd last May, sparked a racial reckoning within this country,” AG James continued. “A few minutes ago, my office filed a lawsuit against the Mayor of the city of New York, the city of New York and the leadership of the NYPD to end it’s pattern of using excessive force and making false arrests of New Yorkers in during largely peaceful protests.”

The Attorney General continued: “So today my office is seeking braud conjunctive relief against the NYPD and the City of New Yok in the form of on-going monitoring, training, and permanent changes to the unconstitutional policies and practices as it relates to large scale protests.”

She went on to say that she doesn’t believe “every police officer is problematic,” and that “we have a problem that is bigger than any one officer,” and that is needs to be addressed.

A panel of New Yorker’s were brought on screen to “testify” about what they feel is unfair and in some cases racist treatment by the NYPD.

One of the citizens – Andrew Smith – says he was he witnessed the “violent and racist culture of the NYPD” when he was “attacked” by an officer for no reason; “He attacked me while my hands were high up in the air. I was no threat, I was not being aggressive or hostile.”

di Blasio: “I’m the stupidest Communist who ever lived!”

James: “No! I’M the stupidest Communist who ever lived!”