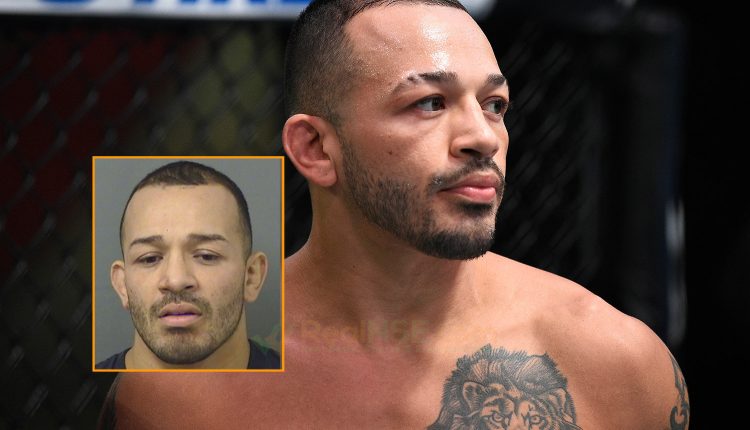 Rivera is known as “The Beast.” Police say he stabbed his two sisters early Thursday as they slept in a spare bedroom in his South Florida apartment.

The report was that his two sisters were the victims in this case. Aged 22 and 33, they were inflicted with multiple stab wounds by him. The officers arrived finding the 22-year-old lying in the road, injured.

They received immediate care and are recovering. Rivera, according to the police told them “I killed my sisters” and that he did it for a “higher power.” The assault was done with a brass-knuckle knife he owned.

The sister told police she and her sister were visiting their brother at his Boynton home. They were sleeping in his spare bedroom when in the night they were awoken to him repeatedly stabbing them with a knife.

After she explained the situation she was allowed inside. They were calling the police and noted Rivera walking by. Rivera ran once he saw the neighbors on the phone.

The UFC organization was made aware of the situation, because Rivera’s manager, Lezlye Rivera advised them of his ‘mental health issues’.

She also put out a heartfelt message on Facebook expressing her support for her brother and for him to get the help needed. “Me and Kelz are fine n well so we just wanna clear the air n let it be known that this is not about us! We love our brother to the fullest and anyone that knows exactly how much we all LOVE and mean to each other and know just how close we as a family are.”

UFC is now aware of the case, but have not made any official response to the matter and seem to be waiting on more information on the case he is involved with. However it has been made clear to Rivera’s management that he will not get any matches until further notice.

It started his UFC debut last year and had only 3 matches. He is ironically called “The Beast.”

The charges are serious, however, because Rivera is facing life in prison up to the death penalty under Florida law if convicted. At the moment though they have ordered him to be held in a mental health facility, but this will be for a short time and he will have to return to prison later.

Lezlye Rivera has said that her brother has been losing interest in his training prior to the incident. That and he exhibited worrying signs with stuff he said and his lack of sleep.

We will see how this unfolds and what awaits the MMA fighter.

Did the Simpsons successfully predict the Capitol hill riot?