Grizzlies and Cavaliers at it Again4 minute read 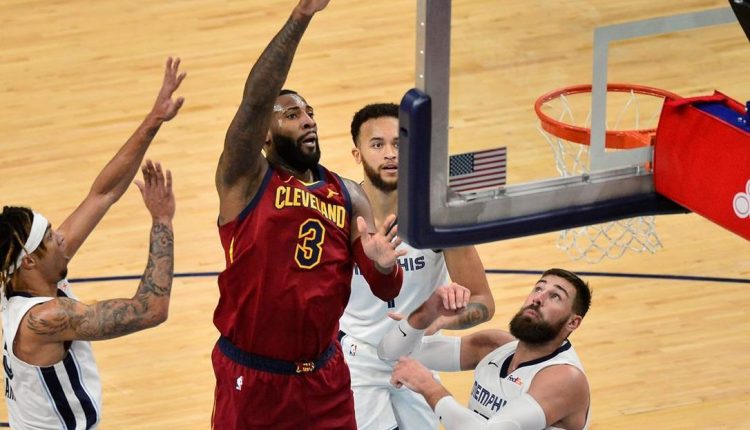 Grizzlies got beaten by the Cavaliers 94 to 90 in their first match and expected to meet Monday to even the score, thanks to Drummond’s great performance. The Cavaliers beat the two-game drought with a victory, while the Grizzlies just cannot get their act together.

Before the game, the teams took a knee in response to what happened in the Capitol recently. They locked arms and went on their knee on the sideline in solidarity. Coaches, staff, joined the players as well.

The three officials knelt in the middle of the court. It was a sobering moment before the thrilling affair started.

Memphis was not far behind with Jonas Valanciunas leading with 17 points, 10 rebounds, while Brandon Clarke had 14 points, Dillon Brooks got 11.

This was a close match and it was decided pretty close to buzzer time. Half a minute before the game ended Tyus Jones of the Memphis Grizzlies tried to shoot for three but got fouled by Isaac Okoro.

The foul got challenged and was overturned. That led to a dunk from Okoro just over 10 seconds left for a final 93-90 sealing victory.

The Cavaliers were not looking so hot to win this match since the main scorer Collin Sexton got injured. He is currently known for his 25 points an amazing game average. It is now a Cleveland franchise record.

He is not the only one giving the Cavaliers exceptional play. Larry Nance has been producing a lot, for he leads the NBA with 2.38 steals per game.

Drummond has been doing well this season with a double-double in nine games. The Grizzlies are an odd bunch as they have not won a home game up until then only throwing off the boogey just last night when they defeated the Nets 115 to 110.

They lost Morant in their first win over the Nets.

Kyle Anderson did well in that match leading the Grizzlies with 28 points. He is a big loss, especially with him averaging 36 points since the start of the season.

In the second match, Jonas Valanciunas left the court due to protocol reasoning. They still did well without him and handled the business even though they were down.

The Grizzlies will meet the Cavaliers again and it is likely to be another loss, but anything can happen we suppose. The Cleveland Cavaliers have a good defense. Their stats have them sitting in the top ten. Funnily enough, that never used to be the case.

A lot of this immediate improvement starts at the top for Cleveland.

That is thanks to the work of Cavaliers head coach J.B. Bickerstaff and general manager Koby Altman. Larry Nance Jr. was one of his key grabs Along with Altman and Andre Drummond.

The team rank second in steals, twelfth in blocks, sixth in points allowed.

Drummond is at 2.0 steals per game, third in the league. When protecting the rim, they have a high average of 3.8 blocks per game for three of their players.

They have a versatility that allows them to switch between man-to-man defense to zone defense easily. They are hard to attack against because of this. The only improvement needed would be a defense of the perimeter.

They fix that, they will have the best defense in the league. The question is can the Grizzlies find a way to get past the high defensive wall that is the Cavaliers?

Big tech is now more powerful than the US government, and some are actually happy

Everything you need to about the possible second Trump impeachment