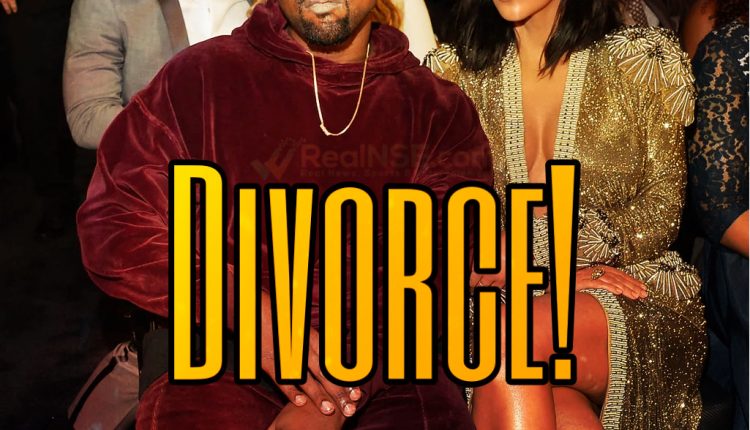 Kanye West has had a rough couple of years and while his fans were probably hoping things would get better for the 43 year old rapper, that hasn’t been the case. In fact, West himself claimed in an earlier interview that the Kardashian were trying to get him to seek mental help, but he was hesitant towards doing so.

Although reports indicate that West has never been officially diagnosed with a mental illness, he does show signs of depression, anxiety and paranoia. He also stated in an interview with David Letterman that he has bipolar disorder and often suffers from suicidal thoughts Some believe that West’s underlying health issues have to do with his wife being robbed in Paris, or the death of his mother.

With that being said, the rapper is now in the midst of a divorce with Kim Kardashian, who originally did everything she could try to get her husband help, but now feels like getting out is her best option. Another insider that spoke with Complex.com claims that things between the 2 are civil and there is no war going on between them. It is all a matter of doing what is best for the kids and herself.

Interestingly enough, it appears that West’s run for President in 2020 was what finally brought Kardashian to the realization that this would no longer work. Keep in mind that this came after several high profile incidents, including West rambling during a meeting with Donald Trump, admitting to wanting to abort one of his children at an event and having a mental breakdown on stage during a show.

“She is serious about taking the bar exam and becoming a lawyer, she is serious about her prison reform campaign,” one source told page six in regard to West’s ongoing mental health issues. “Meanwhile Kanye is talking about running for president and saying other crazy shit, and she’s just had enough of it.”

If nothing else, West being resistant to counseling is not a good sign, and could mean that his condition will continue to worsen. Hopefully West will finally choose to undergo some kind of treatment, but that’s still pretty iffy with all the previous failures in mind.. Until Kanye is able to get some kind of help though, Kardashian needs to separate herself and focus on her own life.

As for the kids, who knows what will happen there, or even if Kayne is deemed stable enough to spend time with them. That’s all going to be up in the air and will obviously be litigated in court over the coming year. Kardashian reportedly already has celebrity attorney Laura Wasser working on her case, which means she is well prepared for this.

In the end, Kanye West is a man that seems to be out of touch with reality, and desperately needs some kind of psychiatric treatment. If not, he might risk being a danger to his kids, which would be heartbreaking for the entire family. It might also complicate things between West and Kardashian after the divorce, forcing her to cut him off completely.

The Cincinnati Bengals Make Changes To Staff But Will It Matter