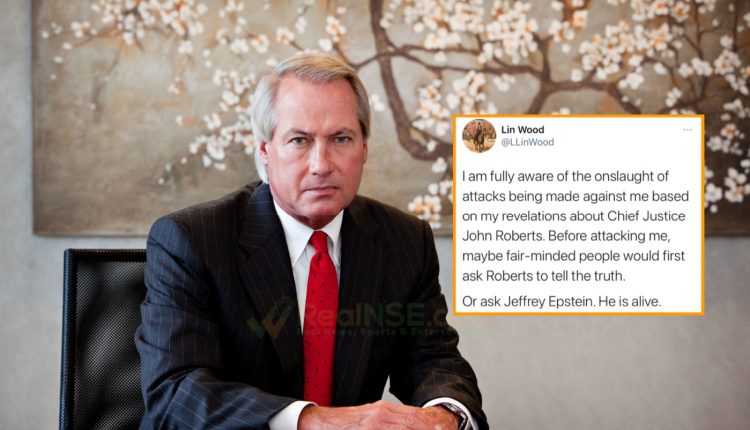 Attorney Lin Wood started out as a really strong legal ally to President Trump in his fight to secure what is rightfully his, four more years. However, he seems to have become completely unhinged and is dragging 74 million Trump voters down with him.

The Georgia based attorney has been tweeting conspiracy theories against Chief Justice Roberts almost everyday. Each day getting more and more strange.

Now I want to be clear. There is absolutely nothing wrong with conspiracy theories. In fact, I question a lot myself. However, these are becoming a distraction and discrediting any election fraud claims Wood’s is presenting. He does occasionally bring up some very good questions. For example, the suspicious death of Supreme Court Justice Antonin Scalia.

A couple of more questions for Chief Justice John Roberts:(1) You are recorded discussing Justice Scalia’s successor before date of his sudden death. How did you know Scalia was going to die?(2) Are you a member of any club or cabal requiring minor children as initiation fee? pic.twitter.com/jGxfgLCk4D

I’ve often questioned the suspicious death of Justice Scalia. He was a true conservative, and loved the constitution as it was written. I’ll say this, if Justice Scalia was here, this election fraud would not be happening.

But others….. they’re just plain stupid. Like saying Jeffery Epstein is still alive…..

I am fully aware of the onslaught of attacks being made against me based on my revelations about Chief Justice John Roberts. Before attacking me, maybe fair-minded people would first ask Roberts to tell the truth.Or ask Jeffrey Epstein. He is alive.

I am no fan of Justice Roberts, but some of these allegations are just so outlandish that Wood has to provide evidence while spreading them, or else what’s the point? How does this fix the election fraud problem?

This is exactly the kind of public statement Trump needs right now to confirm to the American people that he is winningOnce they hear what Lin has to say the lightbulb turns on and they immediately associate Trump’s legal battles with legitimacy and rationality https://t.co/wN5FNrfiKR

It really makes me question Lin Wood’s motives. Last month Breitbart published an article showing records of Wood’s past voting records and donations. Almost all of them were to Democrats…

I don’t know if Lin Wood is a wolf in sheep’s clothing or not, but I find it frustrating that he has veered from spreading suspicious anomalies regarding the 2020 election, and is now spreading random outlandish conspiracies while we are still trying to fight to overturn the election.

The Jaguars Need A Team Not Trevor Lawrence

Miami Heat Got Their Revenge Against The Bucks