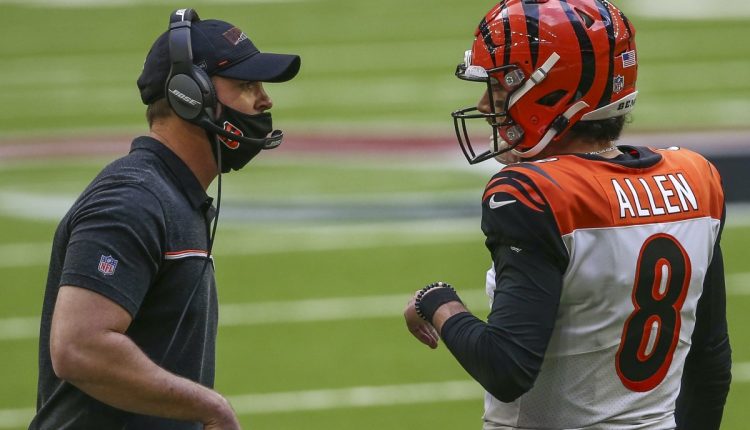 Zac Taylor rallied the Bengals to fight their way to an exciting 37 to 31 win over the Texans. To ask the Bengal players to train on Christmas day when they had nothing to play for seemed odd to many, but after the late Christmas present that was given to fans we can say it was a good decision.

The Cincinnati Bengals take on the Houston Texans during Week 16 of the 2020 NFL season.Subscribe to NFL: http://j.mp/1L0bVBuCheck out our other channels:Par…

It shows preparation is essential to victory and they pulled through quite fantastically. The match followed a lovely upset of the Steelers who seem to be getting complacent themselves. It showed a lot of character for the Bengals to still put in that effort when they had nothing to play for other than pride.

This is while J.J. Watt is disappointed at his teammates and has made a plea to them to bring out more effort on their part.

The Texans had a chance to win it last minute but Deshaun Watson got sacked by Hubbard forcing a fumble.

The Bengals sent the ball through the uprights and ended all hope of a comeback.

It was a back and forth match and they were always within one score of each other in the first half.

Drew Sample got his first touchdown on the first drive. The connection between A.J. Green and Allen was not so good as they messed up some passes.

Tee Higgins and Allen were like siblings on the field. They connected on many receptions, one medium 30 yard pass set up a field goal to put them up to 10 points.

Samaje Perine and David Johnson were breaking tackles en route to the end zone for their respective teams.

A Tough Team with an Incompetent Organization

The Bengals did not have Joe Mixon, but Samaje Perine stepped up to the plate putting up 95 yards of rushing offense. Brandon Allen shined in this match with 371 passing yards and two touchdowns. He was not present for last week’s win, but this showcases how good and hardworking the team is overall.

If they add some vital pieces to that team they can have a truly great team in the future. The question is, what will the Bengals add at the draft and how will they develop this lot of players.

Another thing to consider is the possibility that their luck is poor and they draw more busts than future superstars. They got lucky with Joe Burrow, but before that they were just plain unlucky.

The coaching staff are determined as the players, but their lack of experience can be their downfall. The next years will be interesting to see if Zac Taylor can grow or is this a flash in the pan.

They will need to step up when Burrow returns. Their ineptitude to fix the offensive line contributed to Joe Burrow getting injured and Joe Burrow might become the new Andrew Luck.

Great talent that was wasted due to many injuries, that is Joe Burrow’s future I fear.

The Bengals will be meeting the Ravens for their last game and it can be assumed anything can happen. The Ravens already secured a playoff berth while the Bengals have nothing, but the joy of putting the Ravens in the ground. We will see who wants it more.

Watson did well on that day throwing for 324 yards, three touchdowns. It was not enough though as the Bengals were just peerless. It will take a lot to fix the Texans right now. Years really and the Bengals are expected to take their time to grow.

The Texans are not and many of the elites on the team are not happy to spend their best years on a building team.

Their receiver core needs some work, but their rushing has made an impact even if it was against the Bengal’s run defense. David Johnson racked up 128 rushing yards and two touchdowns.

J.J. Watt being a defensive player himself naturally feels responsible.

“If you can’t care enough to give it everything you got and try your hardest, then that’s bullshit. We stink, but they care and they still want to win. We’re getting paid handsomely. That’s why.” – JJ Watt said. You can get the full rant below.

J.J. Watt is almost through the most frustrating season of his football career.The Texans, long eliminated from postseason contention, are 4-11 with just one…

They were dealing with a similar problem when Joe Burrow was on fire early in the season. Joe Burrow would put in a spectacular performance for the defense to fail him miserably and allow the other team to win it back in the end.

The Texans need to stop these close losses if they are going to make any headway to getting back to form. Brandin Cooks put down 122 yards of offense alone and it felt like a wasted effort if not just to pad his records.

They are set to take on the Tennessee Titans and that will be a thrilling affair.