Opinion: Take your $600 and shut up1 minute read 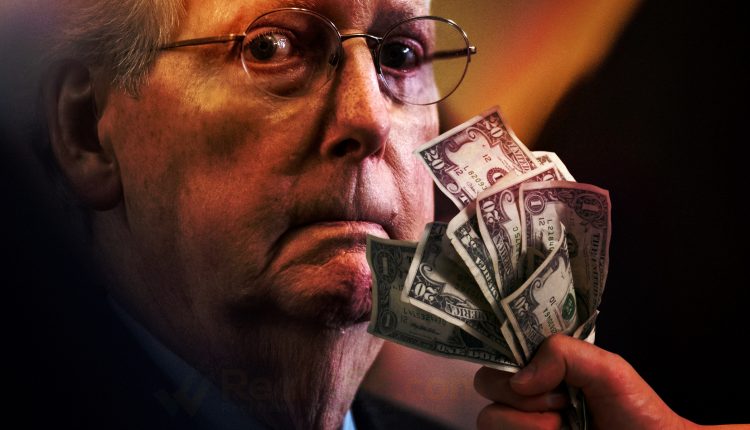 GOP Senate leader McConnell didn’t even want to hold a vote for the modified $2,000 COVID-19 relief bill despite support from both sides agreeing on it in the House for once.

We have not heard from Mitch since the motion at this time. But regardless of his reasoning, this is not a good move and looks really bad for Republicans, especially with the Georgia Senate races coming up that determines who holds the majority in the US Senate.

McConnell, despite saying “I am glad the American people will receive this much-needed assistance as our nation continues battling this pandemic,” after President Trump signed the garbage so-called “relief bill” that provides a measly $600 to most Americans that is filled with completely unrelated funding such as gender studies in Pakistan, wants you to take your $600 and fall in line.

I applaud the President’s decision to get billions of dollars of crucial COVID-19 relief out the door and into the hands of American families. I am glad the American people will receive this much-needed assistance as our nation continues battling this pandemic. My full statement: pic.twitter.com/YSPYsPu2ct

President Trump has weighed in on the news moments ago and is unhappy.

Unless Republicans have a death wish, and it is also the right thing to do, they must approve the $2000 payments ASAP. $600 IS NOT ENOUGH! Also, get rid of Section 230 – Don’t let Big Tech steal our Country, and don’t let the Democrats steal the Presidential Election. Get tough!

Bengals Zac Taylor Has the Potential | Bengals vs Texans Recap

Here’s the problem with creating a new political party | RealNSE

[…] McConnell had been the worst Republican Senate leader ever. He single-handedly lost the two Georgia Senate seats – which should have been an easy victory – and lost […]