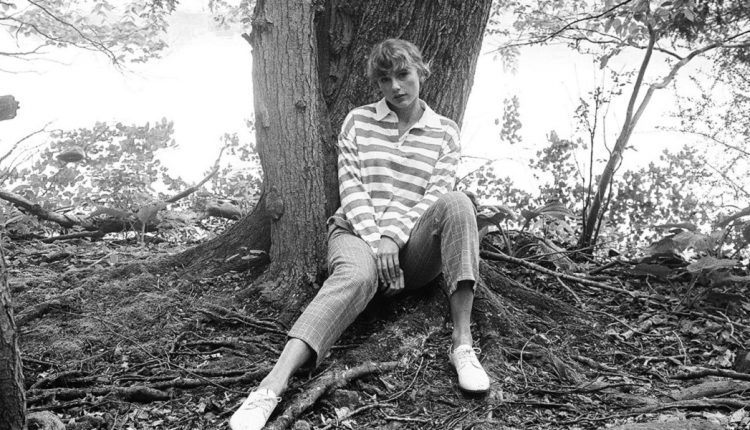 It’s no secret that Taylor swift is known for vivid and enchanting storytelling in her lyrics, which has helped rocket the 31 year old singer to the top of the charts several times In fact, between hits like “I knew you were trouble when you walked in”, and “blank space”, it’s obvious that she has mastered the art of lyrical storytelling.

And a big part of her mastering this type of storytelling has to do with the fact that what she writes is organic. It’s the same thing written in the diaries of countless woman around the world, which makes her insanely relatable.

That’s what makes her latest album, Folklore so polarizing. It’s the fact that while some of the songs pull from her real life experiences, there are others that have nothing to do with her. She is simply narrating a story that doesn’t involve her.

Not only is that a huge departure from what made her a superstar in the first place, it also opens the door to Swift using this mode of storytelling more often. If nothing else, there are bound to be enough Swifties out there that want whatever has her name on it.

As for the type of storytelling used in Folklore, this is me trying, explores someone dealing with an addition problem. It honestly has one of the loveliest little melodies of a Taylor Swift song ever. It feels very floaty in a way that is relaxing.

Going into the lyrics, and this song is raw and honest. They tell a story of someone that both hates themselves, and wants to get better. You can really get both feelings from this song and it is something unique to experience if you are listening to it for the first time.

“They told me all of my cages were mental So I got wasted like all my potential And my words shoot to kill when I’m mad I have a lot of regrets about that.”

Again, this is just Swift’s honest storytelling doing the work for her. She paints the picture so vividly even when she has nothing to do with the story. It’s as if she was there herself in one way or another and wanting to bring the experience to life.

Of course she didn’t actually experience those things, and is just pulling from the world around her. Swift even admits to doing a movie marathon during quarantine and wishing she could just draw inspiration from the things around her. That’s actually a part of how Folklore came to be.

“There is something a little heavy about knowing when you put out an album, people are going to take it so literally that everything you say could be clickbait,” Swift shared during an interview with Entertainment weekly. “It was really, really freeing to be able to just be inspired by worlds created by the films you watch or books you’ve read or places you’ve dreamed of or people that you’ve wondered about, not just being inspired by your own experience.”

Another song is august, which is supposed to revolve around a love story from another woman’s perspective. The beat is very bouncy and she has some more unique lyrics to back that up. Then there was mirrorball, which seemed to cover a variety of different talking points, but was mostly about getting through hard times.

In the end, Taylor Swift has added yet another huge accomplishment to her resume, and could even have a future as an author if she wanted to. Her storytelling is just so real. You can literally picture the things she is saying  in so much detail. It’s honestly surreal. That’s what the whole album is really. A surreal experience to enjoy during quarantine.