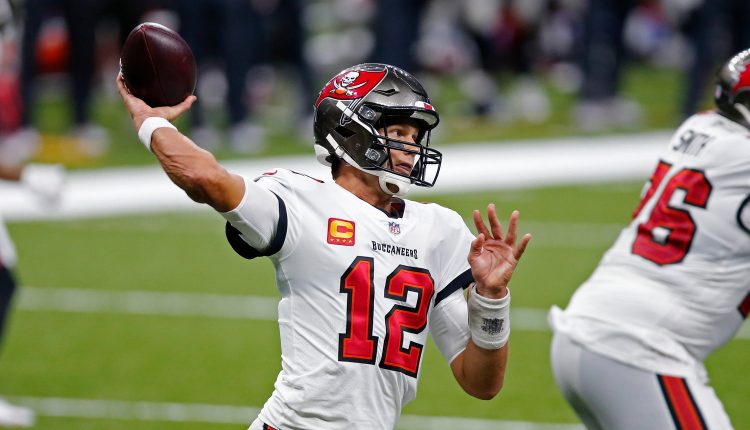 The Atlanta Falcons got their wings clipped Tampa Bay Buccaneers just before reaching the Promised Land with a 31 to 27 defeat to Tom Brady’s boys. As per usual, yes the Atlanta Falcons came out to a 17 point lead and still managed to blow that too.

The Tampa Bay Buccaneers take on the Atlanta Falcons during Week 15 of the 2020 NFL season.Subscribe to NFL: http://j.mp/1L0bVBuCheck out our other channels:…

The win came with a touchdown pass to Antonio Brown of all people. It was a fine way to beat the wasteful Falcons.

The Atlanta Falcons were up 17-0 at halftime. The Tampa Bay Buccaneers got the first touchdown, but the Falcons held them to that alone with a 24-7 score line. Then God must have gave the Buccaneers strength because they crushed the Falcons with back to back unanswered touchdowns.

The Buccuneers are still a team rough in its diamond shape, but they are about to get their first playoff berth in 13 seasons. That cannot be knocked.

The first half was horrible. The Falcons held him to 70 passing yards, Brady ended with a high of 390 though.

The players that showed up for the Buccaneers on the day were Mike Evans whom led the sheets with 6 catches for 110 yards. Brown had 5 catches for 93 yards, Leonard Fournette rushed 49 yards, 2 touchdowns from 14 carries, Devin White had 10 tackles, three sacks.

The players that showed up for the Falcons on the day were Matt Ryan who racked up 356 yards, 3 touchdowns, Calvin Ridley had 10 catches for 163 yards, 1 touchdown, Hayden Hurst, Grady Jarrett, Deion Jones.

The Falcons are not a bad team. They have a mentality problem. The team has a habit, a very obvious one of not playing at their best later on in the match. Essentially they disconnect and click off after a while. It seems easy to just say they are a bad team.

They are not a bad team. The propensity to play poorly and inconsistently is their problem. They have beaten Vikings and Raiders in great style, but those teams lack the grit of a Buccaneers, a Cowboys etc. Teams that will not stop playing to win, that is their mistake, the question is will they stop underestimating teams?

Right now interim head coach Raheem Morris has been tasked to do that. Though it will likely fall to the next coach to be hired, so Raheem Morris is not going to get that respect off the bat. It will be interesting if he did fix the culture.

That could give him some leverage trying to apply for his post to be permanent.

The worst part about this lost. Matt Ryan has been playing well, damn well in this match. Actually he has not had many bad days at the Quarterback role. The problem has always been the defense falling flat and the rest of the offense falling flat when they have that huge lead.

Their receiving core is fine as it is. Calvin Ridley and Hurst were fantastic and tried their best up until the last whistle. They just got overpowered by the Buccaneers defense.

Russell Gage is stepping up with Julio Jones sidelined.

The Falcons will face the cheat code Chiefs next. I am sure you know how that is going to go.

Tampa Bay Buccaneers Are Heading to The Playoffs, But Now What?

We already predicted they would reach the playoffs. The question on many people’s lips is can they win it all? They can, but it will not be easy.

As a team, they have problems and many other teams know those problems very clearly.

They have one thing going for them. All the players have bought in to Tom Brady.

Bruce Arians indicated Brady was calm and told the players be ready to make a play and boy did he. He made a lot of plays.

A leader like Brady raises the ceiling of the Buccaneers and pushes to them to greater heights. The Buccaneers are capable of that with him at the helm.

The Buccaneers defense is frighteningly good if they can stay consistent.

Devin White already has 8 sacks this season and the most for his position. He, teammate Shaq Barrett among others racked up 11th most sacks in the league. They have the skill, but lack the consistency to do it completely the whole match.

The head coach Arians even said this as much in post-match interview.

When they get back to that form and finally pull out their true potential they can become a terrifying opponent and winning the Super Bowl does not seem too far-fetched.

Warnock exposed by police body cam – wife horrified of him