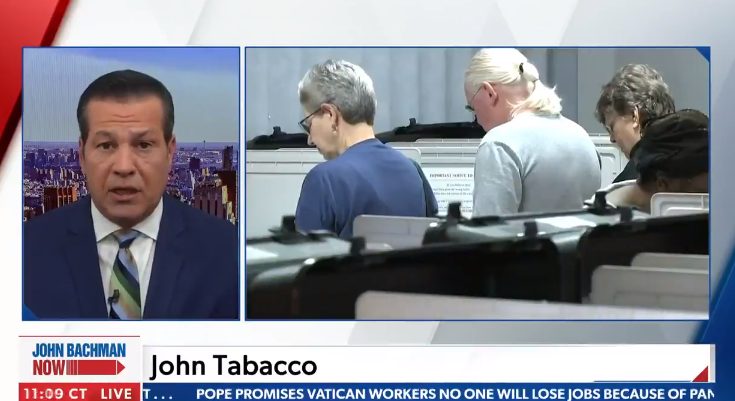 Newsmax has seen a massive ratings bump since November 3rd. Mainly due to Fox News viewers being turned off by the premature calls for Joe Biden on election night.

They seemed to be on the frontlines as far as giving a platform for the Trump legal team to share their investigation updates and sound the alarm on election fraud. That was until recently.

“Since election day, various guests, attorneys, and elected officials have appeared on Newsmax and offered opinions and claims on Smartmatic and Dominion systems,” Tabacco said.

“Both companies that offer voting software in the U.S., and Newsmax would like to clarify its news coverage and note that it has not reported as true certain claims made about these companies.”

Newsmax caves to #Dominion and #Smartmatic. Goes further than complying with cease and desist; basically reading a press release for them. Horrifying.No lawyer will advise their client to do this. Especially, while they allege they’ve reported nothing.pic.twitter.com/Tlg3aoftkj

This is a HUGE left turn from where Newsmax stood just a week or so ago. I understand that Smartmatic has threatened lawsuits to basically any network that proclaims any type of fraud, but this is a bit much.

Especially seeing as the network has cashed in on having people like Sidney Powell and Rudy Giuliani on to talk about these very topics.

Giannis Antetokounmpo Gets a Big Reward, a 228 Millon Dollar Reward