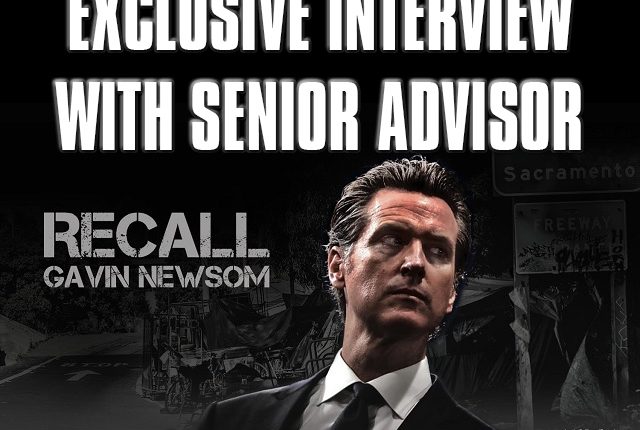 I know you’ve heard about the massive “Recall Gavin Newsom” petition. You can’t get on Twitter or Parler without seeing it. It is everywhere. But what exactly is it? Well, I was able to speak to Randy Economy, a Senior Advisor to the Recall Gavin Newsom campaign to learn more about this beautiful exercise  of our Democracy.

California election law allows what is called a “recall” election. If a person or group gather 12% of voter turnout, for example in the 2018 election that equaled to 1,495,709 signatures, a new “recall election” occurs. On the ballot would be something along the lines of “Should Gavine Newsom be recalled” YES or NO, “If so, who should replace them for the remaining term?“

The “Recall Gavin Newsom” campaign is well on their way to hitting that mark. They are currently at 55% of their goal with over 800,000 signatures. 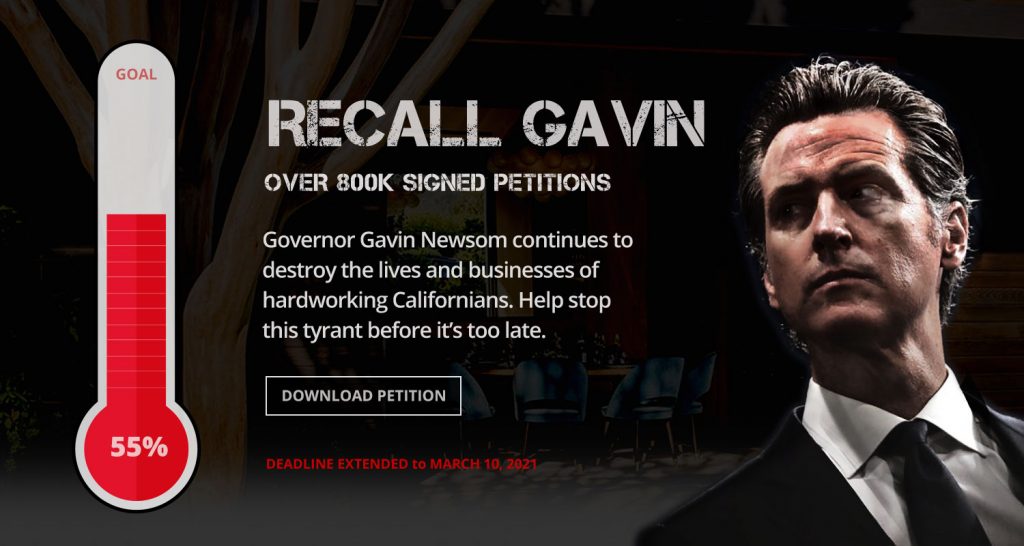 I asked Randy if the Gavin Newsom team has reached out to them or given them any trouble. He replied with laughter and said “oh they hate us.” “We’re public enemy number one to them.” Randy went on to say that the Newsom campaign is looking into anyone affiliated with the “Recall Gavin Newsom” campaign very hard trying to find any and everything they can to use to defame them and ultimately try and hurt the grassroots campaign, “they’re digging through our past but we are just regular people.”

Of course, they won’t find anything. These are patriots that don’t like what they see going on in their home state of California. The fact that Newsom wants to “look into” them is ridiculous. It shows just how elitist his mindset is.

The “Recall Gavin Newsom” campaign is going very strong with over 800,000 signatures. The petition the mainstream media once called a “pipe-dream” is now becoming more and more likely that something Newsom and his team have to deal with.

Ultimately, the feeling I got from Randy Economy during our interview was that he and the team are just fed up of not just Gavin Newsom’s authorization-like governing but politicians across the country and wanted to actually do something about it.

These Governors think they are above the law, elite, better than us. Telling us not to see our friends and family, turning around and doing the same thing they just told us not to do. I personally, love what Randy Economy and the team is doing at the “Recall Gavin Newsom” campaign. I hope, once this is successful, more states start similar grassroots movements to keep these tyrannical governors accountable.

We also spoke about the tremendous amount of work that goes into something like this. It isn’t just posting a petition on the White House website that needs to get 100,000 signatures. No, it’s something much more than that. Something that struck me is that the team has to have legal experts to advise them on how to collect these signatures in a way that ensures they are legit and able to be counted properly.

Randy, who seems to be more of the spokesperson for the campaign, says he is working almost non-stop trying to spread the word about this grassroots movement, “it’s a lot of work. I have interviews almost around the clock. Tomorrow morning I’ll be on Newsmax.”

The campaign does not have a particular candidate in mind that should run when Newsom is recalled. As they’re just focused on removing Newsom. Beyond that, it is up to the people of California.

If you live in California and want to hold Newsom accountable go sign the petition right now!

If you do not live in California, share this article via the social buttons above to help spread the word about this great campaign!