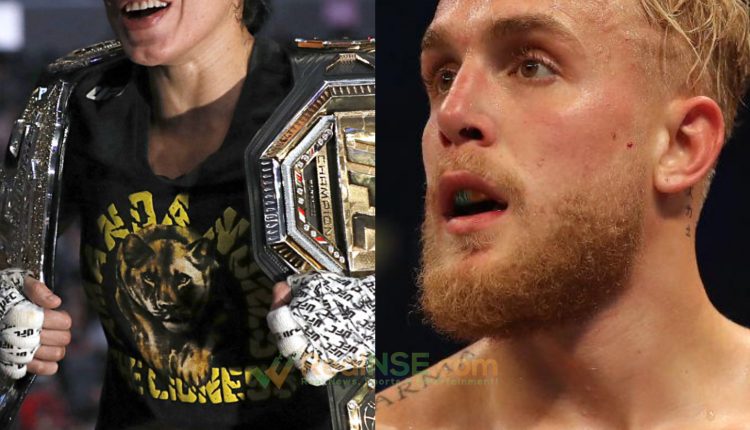 I spoke too soon as Jake Paul went on full guns ablaze goading McGregor and White to agree to a match. Well, he got a match just not that one.

So how did this start? He put out a video describing how he offered Conor McGregor 50 million for a fight. Jake Paul is more desperate for the money then I predicted. My bad, I should have assumed better considering his streak of controversies until now.

You can watch the profanity filled video here.

If you won’t take this offer, you are just a scared little bitch honestlytext me – 310-870-3349INSTAGRAM ➤ https://www.instagram.com/JakePaul TWITTER ➤ htt…

Now, is this a bad look? Yes, what good faith he got after the win against Robinson is out the window now. This was not the way to go, but he got attention and it might be great promo for when they fight.

The attention he got though was not what Jake expected. Dana White had responded.

“I’m thinking of letting Amanda Nunes knock his ass out.”

To put things in perspective Amanda Nunes is the bantamweight and featherweight champion. She is one of three UFC fighters to achieve a goal of being a dual champion. Conor McGregor is one of those three as well.

Amanda Nunes would feel right at home as she used to box and is a model for how Charessa Shields can transition into the sport of MMA. Amanda Nunes is one of the best fighters in MMA right now.

Dana White might have been joking and even if Jake agreed to it, White might still block it for a number of good reasons. This fight would be interesting if it goes through.

Here is why, though some would say Amanda Nunes needs not fight a semi-pro fighter like Jake Paul and how it hurt her legacy. I say there is a lot of reason. One, he is a male that is all the reason she needs.

Nothing would make her and any other woman feel better than for Amanda Nunes to knock Jake Paul out and shut him up for several seconds. It would be statement victory for women at least if not a competitive one. Jake can fight at an adequate level too, so no one can use the he is not a trained fighter argument.

Jake easily has the weight advantage, but Nunes has the experience and skill. This will be a nice exhibition to see which camp would get bragging rights, male’s strength or a woman’s skill. It will be a popular fight and trust me it will get everybody talking.

Money will flow like water and Amanda Nunes will walk away rich even if she loses. Losing to Jake will not hurt her legacy, Jake is a male after all and that will be the excuse her fans will use.

Same for Jake, actually this benefits him. Since so many people doubt his fighting ability, prove it, take on Nunes and defeat the reigning champion in UFC.

It will get you some respect and offers will be coming to you not the other way around. Will he get the McGregor fight after that? No, McGregor is not going to fight Jake until he proves himself worthy like probably beating one or two people closer to McGregor’s level or throws more money into the pot.

50 million is a lot of money, but McGregor is not poor. He is not that desperate. People will say he fought Mayweather for money, true. Mayweather is one of the greatest who ever done it, who better for McGregor to fight and lose to?

There is also Dillion Danis if Jake wants to prove himself. Jake saw Dillon Danis in LA and decided to troll him by doing a drive by firing of toilet paper rolls at Dillon.

That fight whether in the ring or anywhere else might come soon, because Danis is not going to take that disrespect lightly.

Will Jake take the Nunes match and will White allow it?

Giannis Antetokounmpo Gets a Big Reward, a 228 Millon Dollar Reward