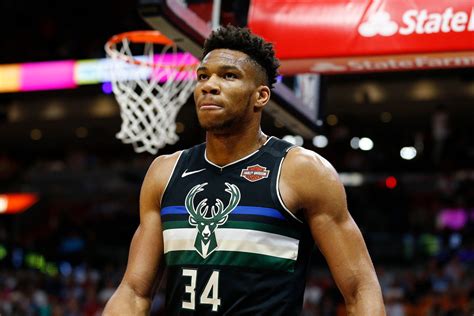 Giannis Antetokounmpo is a happy man and the Bucks are the ones who are making him smile everyday he is on the court. The Milwaukee Bucks offered Antetokounmpo a $228.2 million deal.

The biggest deal in the history of the league yet. It is well deserved after his play in the league so far. He became the MVP for second year in a row. Defensive player of the year, he won that too.

It overtakes the deal James Harden has with the Houston Rockets by a hair.

Actually this might help James Harden. Harden has not been pleased with the direction of the team and wants out.

The free agency class is not good and this might be implore a manager determined to get his team as ready as possible for a playoff run will pull that trigger on a trade.

“This is my home, this is my city,” said Antetokounmpo on social media. “I’m blessed to be able to be a part of the Milwaukee Bucks for the next five years. Let’s make these years count – the show goes on, let’s get it.”

Antetokounmpo has come from far. A Greek national, his roots start in Africa. He was born in Athens, but his parents came from Nigera. Charles and Veronica Adetokunbo had came to Greece in 1991.

They did it to make a better life for theirselves and their family. It was not an easy choice, for they could not carry everyone. They had to leave the eldest son Francis behind to be taken care of by the grandparents.

It was rough for his family and Giannis earned money peddling on the street. His father was a handyman, while the mother babysat.

Antetokounmpo started playing basketball at the tender age of 7. Even though he grew up in Greece, he learned a bit about Nigeria in the culture of how a family is raised.

He was raised under a disciplined household. He learned Igbo, one of four languages spoken in the country. Antetokounmpo only understands it at a basic level though. Hall of Famer Hakeem Olajuwon indicated that he and Antetokounmpo are Yoruba.

“I know from his last name that we are from the same tribe, the Yoruba tribe. His last name, which in Yoruba is spelled Adetokunbo, means ‘the crown has returned from overseas,’” Olajuwon said. “I’m sure Nigerians are very proud of him, especially because of the way he has conducted himself and how he is dominating the league,” Olajuwon said.

Antetokounmpo was never expected to be a superstar. A great player sure, but a superstar needing a supermax contract later, no one ever imagined. It was slow and sure, but he kept improving and getting better.

Antetokounmpo wants to visit Nigeria and meet his tribe and his old family. It would have been great if his father was there. His father died at the age of 54 due to a heart attack. He is set to live in America, but he wants his children to remember their roots and even see where he came from.

To visit Greece and his country of Nigeria, hence why he got a passport, he wants to go back home in the future.

He is called “The Greek Freak” by fans and he loves his nickname and it’s a part of his history. He would also like to be strongly stated as a proud African. “Deep down, I know who I am and where I am from. That’s all that matters to me.”

He came here skinny and remotely skilled. Now, he is dominating thanks to his size and drive to compete. He has carved out a place for himself at the Bucks and he determined to continue his impeccable form.

He can opt out of his contract after four years. He might not with the team he has under his wings. The Bucks are on top of the Eastern Conference. The best record in comparison to other teams. They are a team primed for NBA championship glory.

Antetokounmpo wants to be a part of that glory and the team will need him to get there, no doubt about that.

Still, this contract is a big one. This places a lot of stress on both Antetokounmpo and the organization to make the most out of it. He chose to feed that competitive itch rather than chase rings. Some would decry him for that, but as we all know. The Bucks are a top team.

It will be a test to see if they can make that last throughout his contract, but right now they are favorites to win it.

He has a great team of Holiday, Khris among others. You think he will continue to dominate, he has all the tools to and a happy man works harder so the Bucks got that going for them.

Let’s see what the future holds for the proud Nigerian of a Greek Freak.