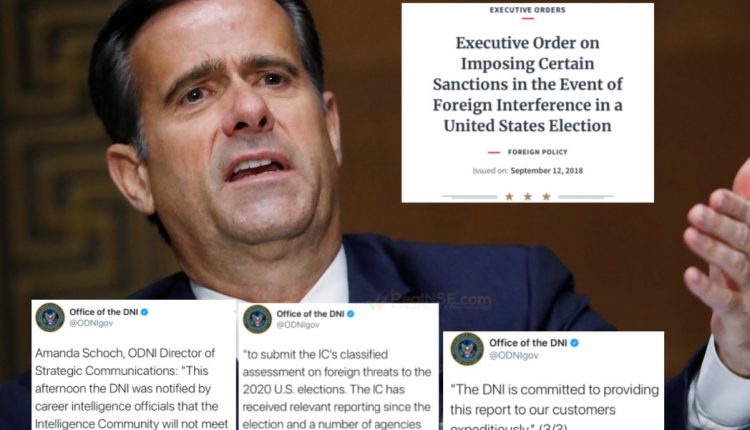 We just were provided an alarming update from the Department of Intelligence about the investigation into foreign interference into our elections.

Amanda Schoch, ODNI Director of Strategic Communications: “This afternoon the DNI was notified by career intelligence officials that the Intelligence Community will not meet the December 18 deadline, set by Executive Order and Congress…” (1/3)

“The DNI is committed to providing this report to our customers expeditiously.” (3/3)

The executive order set by President Trump in 2018 specifies:

Not later than 45 days after the conclusion of a United States election, the Director of National Intelligence, shall conduct an assessment of any information indicating that a foreign government, or any person acting as an agent of or on behalf of a foreign government, has acted with the intent or purpose of interfering in that election.

I believe this report is key to fixing the 2020 election mess and giving President Trump what is rightfully his, another four years in office.

Clip from #TheNicolasBowlingShow 005. DNI Ratcliffe will be turning in his report on election interference in the next few days. Here is how I think it will play out. Go to https://t.co/d4hfxS54fh for full episode! pic.twitter.com/Iri6EJRwrP

Mitch Trubisky And The Chicago Bears