Could this be President Trump’s secret weapon?4 minute read 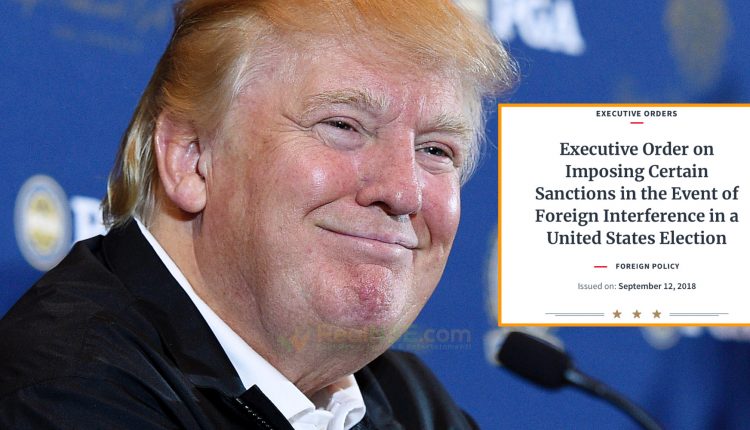 President Trump signed an executive order on September 12, 2018 entitled “Imposing Certain Sanctions in the Event of Foreign Interference in a United States Election”. I’ve read the entire executive order and done some research on what it all means. Try and stay with me here as I break it all down to the best of my ability…

The EO was designed to prevent foreign interference in our elections. It also declared a state of emergency. Meaning, the 2020 election was done under that same state of emergency as it was renewed annually since then. The verbiage in the order is really the key.

I, DONALD J. TRUMP, President of the United States of America, find that the ability of persons located, in whole or in substantial part, outside the United States to interfere in or undermine public confidence in United States elections, including through the unauthorized accessing of election and campaign infrastructure or the covert distribution of propaganda and disinformation, constitutes an unusual and extraordinary threat to the national security and foreign policy of the United States.

I hereby declare a national emergency to deal with this threat.

It also goes onto state in Section 1. (a) that no later than 45 days after an election the Director of National Intelligence will turn in a report to the President – in conjunction with any other heads of executive agencies that apply – that identifies any person or persons that interfered in the election.

This investigation very well could be underway as we speak. The report has to be filed before December 18th. Despite the electoral college meeting on December 14th, that is not a date set in stone by the constitution. The end all be all date is January 20th at noon.

Why haven’t we heard about this investigation? Well the beauty part is in the EO it states the following:

The framework, which may be classified in whole or in part, shall focus on ensuring that agencies fulfill their responsibilities pursuant to this order in a manner that maintains methodological consistency; protects law enforcement or other sensitive information and intelligence sources and methods; maintains an appropriate separation between intelligence functions and policy and legal judgments; ensures that efforts to protect electoral processes and institutions are insulated from political bias; and respects the principles of free speech and open debate.

The investigation has been kept quite to keep its integrity intact and shielded from political bias and intimidation tactics.

Now, what does this all mean? Dominion software was used in key battleground states. We know that Smartmatic – the company who makes Dominion – was founded in Canada by Venezuelans. We also know that the software switched votes. Sidney Powell has said she has all the proof she needs to prove that the Dominion software was used to interfere in this election. That falls right in line with this executive order. Powell has not turned over her findings because she is providing it to the DNI for the report. The fact that President Trump declared a national emergency means that he has a full arsenal of power at his disposal to fix this mess.

Opinion: Why couldn’t it have been Tusli Gabbard?

The LA Rams Stopped The Run