Opinion: Why couldn’t it have been Tusli Gabbard?4 minute read 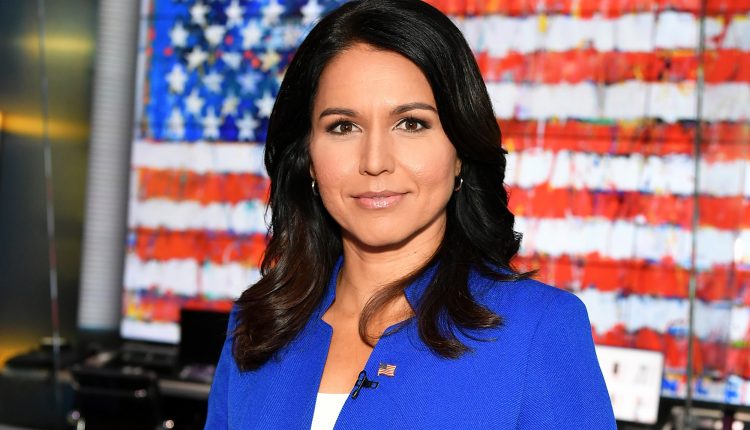 She’s been on fire lately:

Unfortunately, the Democratic elites don’t want centric candidates. They want  to push the most radical and far left. They push candidates who are fine with not just abortions, but late term abortions, up until birth, even! That is probably 85-90% of the Democrats.

But not Gabbard. Tulsi said during one of the debates that abortions should be “safe, legal, and rare”. Rare, I can get behind that. I can make the case for “never” instead of rare, but rare I can live with for the sake of argument.

She also didn’t vote for the bogus impeachment of President Trump in 2019 because she saw it for what it is was, partisan.

Gabbard ran for the Democratic Presidential Nomination for the 2020 ticket. Of course, sadly, she had no chance of winning the nomination. The Democrats – and probably the GOP too – control who wins their nomination. And Tulsi just wasn’t radical enough.

The DNC sent out the usual talking points to try and kill Gabbard’s MASSIVE momentum after she slammed the hypocrite Kamala Harris on the debate stage to all the mainstream media outlets they have in their pocket.

http://tulsi.to/Join-usTulsi Gabbard takes on Kamala Harris over her prosecutorial record in California and her record on criminal justice reform, the death …

Of course, Google saw just how popular Tulsi was becoming, so they killed her campaign. They censored her on their platform and made it impossible for her campaign to buy and run ads.

But Tulsi, being the fighter she is. Didn’t back down. She sued Google!

Tulsi Gabbard tells Tucker why she is suing Google

She was even attacked by the DNC Overlord Hillary Clinton. Hillary called Tusli a “Russian-asset”. That was during the campaign! I mean how spiteful and nasty can you get to try and tear down another woman running for President, in your own party no less!

Tulsi Gabbard speaks out on $50M lawsuit against Hillary Clinton

2020 Democrat hopeful Rep. Tulsi Gabbard speaks out on ‘Fox & Friends’ on her $50 million defamation lawsuit against Hillary Clinton for being called a ‘Russ…

Even when many Democrats including the media were mocking and in some cases celebrating an “I told you so” moment when President Trump was diagnosed with COVID-19, Tulsi urged everyone to come together.

Tulsi Gabbard is amazing. She’s a veteran, she served her country in the national guard and now in Congress. I just wish she got the respect and spotlight she deserves. She has millions of supporters, sure.

But she is so bright, intelligent and such a patriot that I almost feel like her talents are being wasted in Congress. She’s destined for greater things. She would make a fine Senator, and President one day soon. I even wanted her to become the Secretary of Defense when Mattis left the Trump administration. I think that may be her calling. She sees that these endless wars are pointless. Again, that’s coming from a conservative!

Could this be President Trump’s secret weapon?