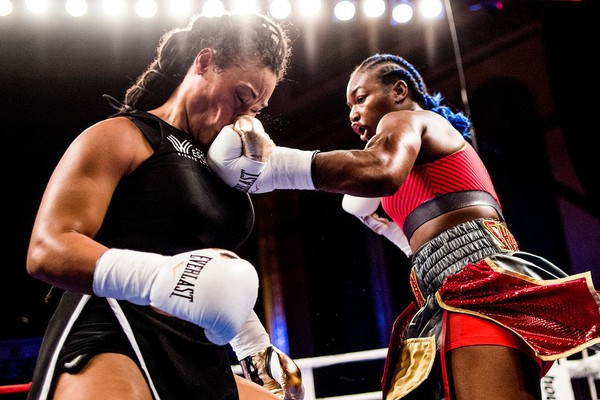 Claressa Shields has been a flashy girl power athlete of a boxer. She has two Olympic gold medals and multiple championships across many weight classes. A Michigan native, she is very outspoken, ambitious and grandiose in style and her approach.

So why is she transitioning to MMA? Money of course, it has been a huge contention for boxers.

“In boxing, I’ve done everything you can do: world titles, multiple divisions, broken records, undisputed. I still haven’t made a million dollars for a fight yet,” Shields said.

Unless you are hotter than lava and male, you will not draw enough of a crowd to warrant those million dollar deals.

Naturally, female boxers do not get much in reward money as that side of the sport barely gets large viewership. They are never able to bring in the numbers like men do.

Mostly because the viewership is lower and a lot of the money that is paid to players comes from ticket sales and television deals. Women can never match men in that.

Claressa Shields has many accolades, but she is not immune to the truth of the situation.

That, and there is not much for her to do in boxing other than defend her championships and with competition not up to par, a new challenge was in order.

Yes, Shields now signed with Professional Fighters League (PFL) and is scheduled for lightweight action in 2022.

MMA sounds like a challenge worth taking since it will be a hard one. She has started to learn kickboxing and is even getting accustomed to jujitsu and wrestling.

She admits it will take time, but she is taking this seriously. Which it seemed she has, she has linked up with Jon Jones and other MMA experts in an effort to get advice from the best in the business.

Even McGregor gave her advice and support on going forward in MMA effectively.

She did admit she has never kicked in any fight before. Not sure about anyone else, but she is going to need a lot of work. Will she struggle at first? Maybe, but knowing her personality she might easily surge up the ranks.

Shields’ had interest in MMA for years though. There were rumors about a possible fight being set up between her and Amanda Nunes for a boxing match.

She announced this news in the same way the Paul’s did, straight trash talking.

“MMA fans need to bow down and kiss my feet and throw rose petals because I’m actually making the transition,” she said.

Shields’ family reacted with mixed opinions, but all in all they were happy for her. As far as boxing, she is not quitting that either.

She has a junior middleweight fight to get out of the way and she will defend it at some point. This might be why she joined the PFL.

They have seasonal tournaments at different weight classes. She did not sign on exclusively to a promotion that will draw her full attention to it.

This will be an interesting way to go about her career. If she can pull it off, it will be something worth talking about. Still it will be difficult and she will run into some good talent like Kayla Harrison etc. If she is not careful, she will foster mediocrity in her technique studying so many different schools of fighting.

Not even McGregor’s MMA experience helped him in that boxing match against Floyd Mayweather.

Shields probably understands this and will do some one off matches to prepare for the tournament, so those will be good for her to tighten her technique.

Will she do well? I think she will reach far in the tournament. Winning it would not be surprising, but I am also not going to be surprised she loses. We know she hates losing, so a loss will just make her a better fighter and that is what I am looking forward to.

That will be a fight worth seeing. What do you think, will Claressa Shields do well in MMA?

I read the 87 page Senate investigation on Hunter Biden, here’s what I found

Floyd vs Logan Illustrates The Problems in Boxing