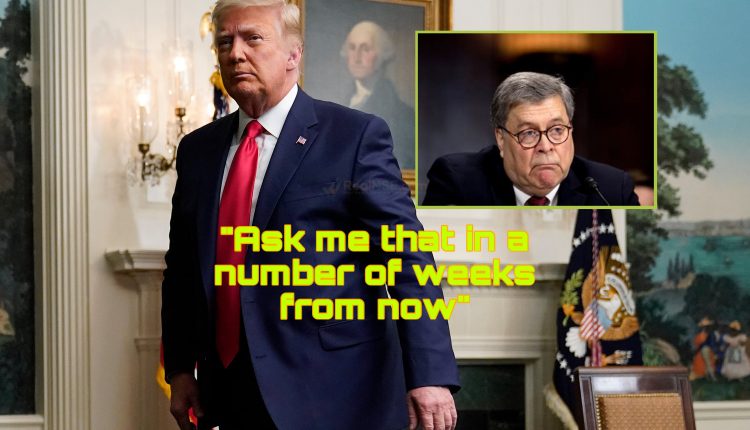 During the Medal of Freedom ceremony this afternoon for former football coach Lou Holtz, a member of the media asked President Trump if he can still trust his Attorney General Bill Barr and his reaction to Barr saying the DOJ hasn’t found any widespread voter fraud.

President Trump answered questions from reporters after presenting the Medal of Freedom to former football player Lou Holtz today. One reporter asked if he s…

“Well he hasn’t done anything. He hasn’t  looked, when he looks he’ll see the kind of evidence that right now we’re seeing in the Georgia senate,” the President continued. “They haven’t looked very hard, which is a disappointment to be honest with you.”

A follow up question was then asked to the President. “Do you still have confidence in Bill Barr?”

“Um, ask me that in a number of weeks from now,” Trump responded.