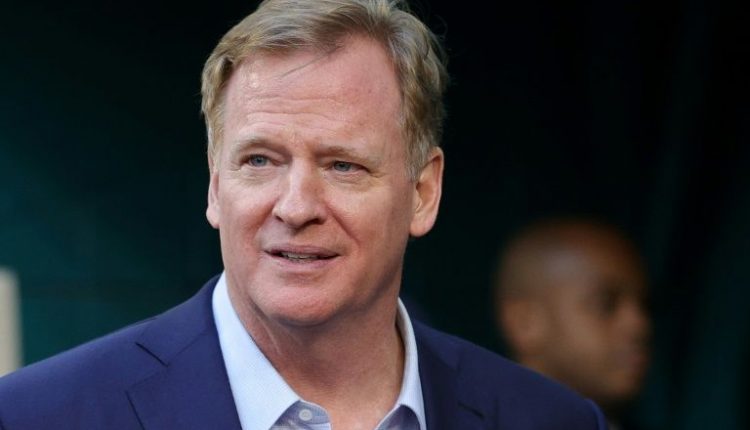 The NFL was always going to find it difficult to control Covid-19 without a bubble. The Broncos, Ravens have helped compound the struggle to not allow outbreaks. This is days after huge fines were levied against the Patriots and Titans for their violations of the Covid-19 protocols recently.

Just another day in the life of the NFL during a pandemic, so how bad is it now? The Broncos lost four of the quarterbacks among a slew of other people to Covid and had to play a backup wide receiver at quarterback for the Saints game.

What happened was not a ‘no Titans do not need no training miracles’, it was a demolition. The Saints defeated them 31 to 3.

In this case we found out the source of the spread, Jeff Driskel tested positive for Covid-19, so did they others tested positive? No, according to protocol, they were ruled out, because of close contact without masks on.

The Broncos tried to postpone, but that request was denied. They offered to play their own offensive quality control coach Ron Calabrese. He was a former college quarterback.

He was not an official player and the NFL said they would officially have to go through process to make him (which was not possible with the little time they had), so that was denied.

Wide-receiver Kendall Hinton, had to take up the challenge. He was an undrafted rookie from the practice squad.

Covid rates have increased over the thanksgiving weekend. There have been over 150,000 new cases reported daily and hospitals are now soaked to capacity. This has hampered emergency services and it is now making the beautiful game of football a game of chance.

Some would say that was one situation. In all honesty, every team has their fair share of Covid hit them. It is just this was a weirder and much more disastrous case.

You may ask why did the Ravens get their match rescheduled and Broncos was not afforded the same benefit. The Broncos outbreak was contained. The quarterbacks were the only ones who had contact with Jeff Driskel.

The Ravens outbreak was not contained and the NFL knew from what they heard that it was extremely likely it was a lot of people who would have caught it from the initial number. Covid is very contagious, that we know for sure.

The NFL kept pushing back the date, limited contact and started testing vigorously. The NFL was right, over 20 members of the team have so far been tested positive.

The San Francisco 49ers are playing in a new stadium, because of the exceptionally high outbreak rate in their state. The county they play in has literally banned contact sports.

Many have called for the NFL to postpone the season, but looking at the bigger picture. That would be a bad idea financially. They should have done that before they started the season. Large chunks of money are being spent to play the games in empty stadiums and to do tests, everyday.

They already have shot themselves in the foot. Continuing the season is all they have left to recoup some money from their monumental losses.

As far as the penalties, they are meant to be deterrents. They only make the organization look good in the media’s eyes, nothing more. Stopping the spread is hard without a self-contained bubble.

Regardless, the Saints were fined $500,000. They also lost a draft pick due to their maskless celebrations in the locker room. Previously they hit them with a $100,000 fine and Sean Payton got his own personal one of $250,000 fine in September because Payton tested positive for the coronavirus and did not wear a mask on the sidelines during a game.

The Saints cannot get right. The Patriots were not left out as they were fined $350,000 for a slew of the players testing positive.

The Baltimore Ravens and the Denver Broncos are now under investigation for violations. So they will get hit with fines eventually too.

The Ravens had a bad outbreak of more than 20 members. Even linebacker Pernell McPhee, who was known for his ending statement, “Stay positive, test negative,” at the end of interviews got tested positive as well.

A strength and conditioning coach is suspected for the Raven’s outbreak and has been disciplined for his recklessness in not reporting symptoms.

The NFL instituted prohibitions of inperson activities for every team for two days, due to these outbreaks in the Ravens and Broncos teams. Facilities were closed and teams were forced to not practice and sit these days out to make sure any person carrying can be caught before close interaction.

Still, most teams do not practice on Monday and Tuesday. But nobody should be at the facilities period, so video conferencing will be the method if any meetings are planned.

Right now the best advice is that teams isolate one player per position group, preferably the second string player from the rest of the team. So, if those isolated players have to have their own practice sessions, so be it.

The Patriots Conquered The Cardinals

BOMBSHELL: Project Veritas has hundreds of hours of internal recordings of CNN and is releasing them