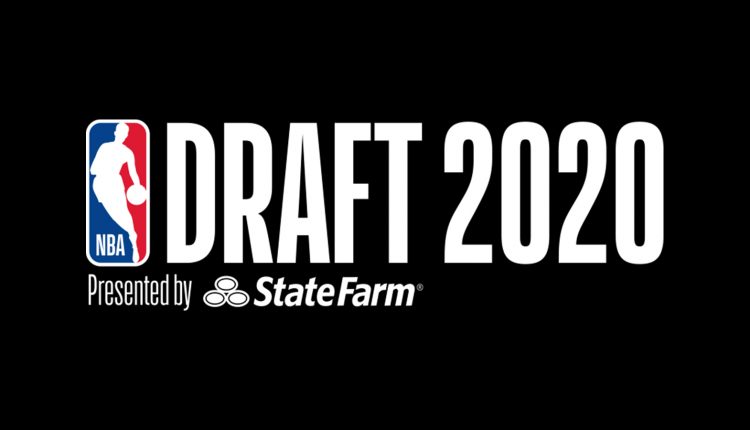 The 2020 NBA Draft is officially over. The Minnesota Timberwolves did well to hide their hand. They would eventually select Georgia guard Anthony Edwards No. 1 overall.

The only other regular series of events was James Wiseman going to the Warriors and the highly esteemed LaMelo Ball got grabbed up by the Hornets.

Then the shenanigans occurred as a whole of trading and shifting around happened for that draft.

With veterans Luke Kennard going to the Clippers and Landry Shamet going to Brooklyn. Josh Richardson got traded to the Mavericks for another guard Seth Curry.

So, let us dissect who was selected and what that means for the team going forward into the 2020/2021 NBA basketball season.

Drafting Onyeka Okongwu might be them thinking of the future in mind since they already have Clint Capela. Mays can be a good guard if grown well.

Considered the best shooter, Aaron Nesmith he is expected to score at an elite level right out of college. Plus they got that well needed depth in the area of point guard.

Reggie Perry is be a big promising man for the Nets and is expected to help them. They also traded their 19 pick for Landry Shamet.

Michael Jordan shored up the point guard and center depths with these picks and there is a lot of good prospect for the Hornets going forward.

The Bulls wanted him, so they went for him. There are doubts about Patrick Williams, but he should really add to the Bulls team, while Marko should add some variety that will be well needed.

Isaac Okoro is expected to play right away, that is why they picked him and he will surely use his intelligence to make the best of plays on the court.

Mavericks chose forward Josh Green at 18, another forward in Tyrell Terry at 31, Tyler Bey at 36

The Mavericks added some depth to both sides of the ball. Green has upside, while Tyrell is a fierce talent in three point shooting. Bey will round out the picks with him being just a good all round player.

Nnji has upside and will need work, but he is a good prospect shooter for the Nuggets. Hampton is a special player who will need some adjusting to the NBA style and format, but I think he can do it.

Hayes is a point guard they have a lot of hope for. They went all out to surround him with weapons and tools in Isaiah, Bey and Lee.

Wiseman will make an impact instantly and definitely become a star center. The other prospects will need time to develop, but we think they are in good hands.

Martin is an athletic and should really add something to the rockets if trained well.

He is a rare defensive player who is very athletic, with versatility and flair. He was a good grab.

Oturu can add to the defense, while Scrubb has versatility and can score well enough on his own.

Grizzlies chose Desmond Bane at 30 and Xavier Tillman at 35

A talented shooter in Bane and smart playmaker in Tillman, need we say more?

Precious Achiuwa was a great pick, because his athleticism allows him the full range of the court. His versatility will be great for the team.

Bucks chose Jordan Nwora at 45 and Sam Merrill at 60

Jordan Nwora is a great quick shooter, while Merrill will assault the net from the three point line. They make a good combo.

Timberwolves chose forward Anthony Edwards, got Leandro Bolmaro from the Knicks, Jaden McDaniels from the Lakers

Minnesota made a great haul on draft day, still they must be still in rebuilding mode, because they did not add anything to fix their defense. Free agency is active, so maybe they will improve through that avenue.

Lewis should fit right in alongside Zion Williamson. The Pelicans are looking like a team pushing for championship right now.

Toppin is a good selection for his shooting ability while will add depth as a guard with good three point shooting capabilities.

The Thunder snapped up three Europeans much to the shock of the others watching. It will be an interesting rebuild for the Thunder.

Cole was brought in to fill two roles. Point guard and forward. He can do both and as an weapon he will be essential to the Magic team.

Maxey was a bit of a surprise, but he should transition well to the team, especially with Joe and Reed filling out the depth of the team effortlessly.

Jalen Smith is a skilled center who should do well to grow into his role. He will be behind Deandre Ayton, but many wonder if Jalen Smith will get the chance to play if such is the case.

The Blazers got Robert Covington in a trade and picked Elleby. He has upside and will need some training to be ready to play in the big leagues.

Snatching up Tyrese was a good catch, but to get defensive wing Woodard and three pointer Ramsey. We are all looking forward to how the Sacramento Kings develop these youngers and this team.

The spurs did well to get Vassell and Tre Jones. They can add to the depths and Tre Jones can be a super star prospect if all goes well.

Raptors chose Malachi Flynn at 29 and Jalen Harris at 59

Malachi Flynn and Jalen Harris may be undersized, but they are not short on talent. They have great ability and should really add to the Raptors going into the next season.

Jazz chose Udoka Azubuike at 27 and Elijah Hughes at 39

Azubuike is the backup center they wanted, he will take time to grow while Elijah Hughes should fire his way into the lineup, especially with his defensive skills.

Wizards chose Deni Avdija at 9 and Cassius Winston at 53

Deni Avdija will be a combo forward that will be great for the wizards with Cassius Winston finally getting a well needed point guard.

The LA Rams and Seattle Seahawks, Different Sides of the Same Coin