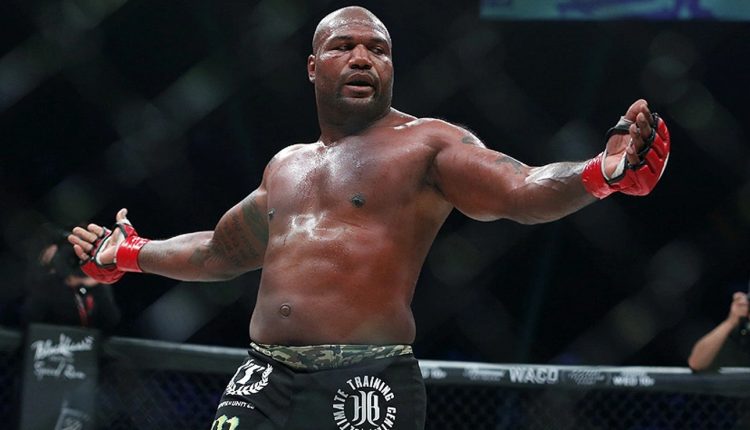 Bellator may be following Dana’s White example and putting a limit on using old vets when they struggle to be able to compete. Right now Bellator’s president Scott Coker made it clear that they are not interested in signing ‘Rampage’ Jackson to any new contract unless he is serious about competing.

They have also been reluctant to sign other old, out of their prime fighters such as Fabricio Werdum. With the stance they are taking we can assume they will be strongly resistant to taking Anderson Silva if he comes knocking. Just in case you forgot, Dana White forbid Anderson Silva from stepping back in a UFC ring after his last loss.

The last time ‘Rampage’ Jackson fought was against Fedor Emelianenko at Bellator 237. It ended badly would be an understatement.

It was a first round knockout. That made it his fourteenth loss in his career. His record to date is 38-14 MMA, 5-3 in the Bellator. It looked bad. Jackson looked uneasy and very lethargic in his efforts to fight Fedor.

Fedor took advantage and pummeled Jackson, dropping him with ease.

Jackson went on Instagram apologized for the embarrassing display, which it was. He even said it was on him to improve, that and he needed to lose some weight.

Naturally that did not stop the social media flood of criticisms that graded his performance and even asked why Jackson got a match when he could barely fight well.

Well, because he is ‘Rampage’ Jackson. His name brings in massive appeal and with it a crowd of fans who support him.

It was a smart choice for Bellator, but after that loss. Any match beyond that would be solely in Jackson’s favor not theirs. Bellator does not want to pay that much money for a fighter to just get a dismal first round knockout.

Now, Jackson is trying to get down to light heavyweight, where he might have a better run in his career. No one will deny Jackson’s performance had gotten worse over the past four years. That and his weight had been increasing with each fight. He was at 224 pounds in his first heavyweight fight, then he ballooned to 253 in his loss against Chael Sonnen.

Now at 265-pounds he is barely cutting it.

This sparked some parallels to UFC and Silva’s spilt. Coke being the cautious president we know him to be, did not make a spectacle out of it like Dana White would.

“Rampage, he did the best he could,” Coker told MMA Junkie diplomatically. “He got hit and I think he just felt the power and he said, ‘There’s going to be another day for me and it’s not going to be tonight.’ Fedor is who he is. Even though Fedor is in the fourth quarter of his career and it’s the two-minute warning, the guy is still dangerous. Any day that he punches you, it’s lights out.”

“I think he’s got to figure out what weight class he wants to fight at, and that’s really what it comes down to,” Coker continued. “Listen, if Rampage retired today, the man is a legend,” Coker concluded. “He’s already done it all. He doesn’t have anything to prove to anybody, including myself. I think that’s something we’ll have a conversation with him. But Tiki is saying he wants to go back down to 205. If he’s really serious about taking another stab at it. We’ll definitely have that conversation.”

Granted that would be a lovely story and comeback fight. It would be similar to a Rocky story. The only problem, Jackson is over 40 years old. Also, the main reason for his weight gain is attributed to his thyroid issues.

Right now, the president said the company is going in a different direction. Bellator has been the little brother to the UFC for a long time. It probably wants to invest in its young cast of fighters and try to fight for dominance in the MMA world.

It will be interesting to see where the road leads for Bellator and Jackson.

The LA Rams and Seattle Seahawks, Different Sides of the Same Coin