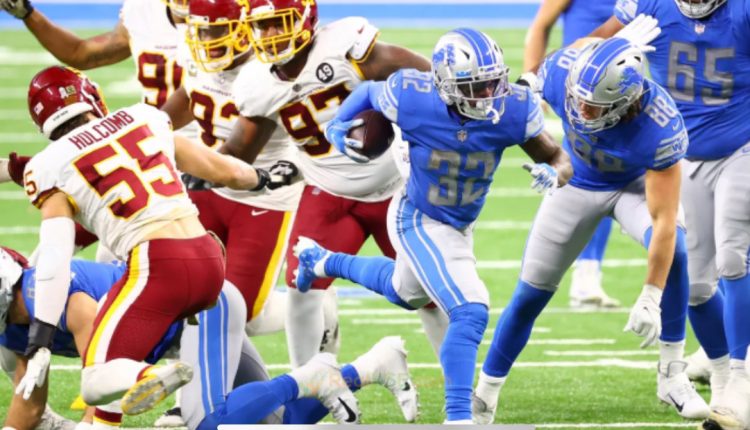 Thanks The Detroit Lions are an interesting team. The Atlanta Falcons cannot be the only ones blowing leads. That second running for that title should be the Detroit Lions, yet Washington come to the podium and take a bow, because your loss wasn’t inexcusable as any loss by Detroit over the years.

Shout out to the Lions for almost blowing a 21-point lead to defeat Washington 30 to 27.

The players that showed up for the Detroit Lions on the day were Matthew Stafford completed 24 out of 33 for 276 passing yards, Matt Prater never failed any of his kicks and kicked the winner , D’Andre Swift had 81 rushing yards and 68 receiving yards.

The players that showed up for the Washington on the day were Alex Smith racked up 390 passing yards, Former Lions running back J.D. McKissic had six receptions for 48 yards, 1 touchdown

This match proved one thing. Matthew Stafford is an elite quarterback that should have had a super bowl ring by now. We all know why he does not and the Detroit Lions have failed constantly to get to the big stage.

The Washington Football Team takes on the Detroit Lions during Week 10 of the 2020 NFL season. Subscribe to NFL: http://j.mp/1L0bVBu Check out our other chan…

Washington started first, but the Detroit’s defense gave them the beats causing a turnover.

D’Andre Swift made some early rushes for them, but Marvin Hall burst the door wide open with 55-yard touchdown.

Washington responded with a kick. Detroit tried to drive down field, but failed to convert. They punted and the Washington fell to the Lions defense.

They mirrored the formula that got them the first touchdown. Adrian Peterson rushed for 17 yards, then Stafford passed to Marvin Jones Jr. for the touchdown.

Matt Prater did his job and scored the kick to make it 17-3 in Lions favor.

D’Andre Swift was exceptional on the next drive. He got 25 yards on one play and got a 15-yard touchdown.

It was looking bleak for the Washington football team at 24-3.

Then Washington got serious, real quick. They started a no-huddle offense with constant short passing options and started plowing through the Detroit Lions defense. J.D. McKissic in the end gave them their first touchdown.

Detroit’s offense stalled on the next drive and the Washington team’s prospects looked brighter.

The Washington football team pushed down the field and Antonio Gibson got the touchdown.

It was now 24 to 17 and the Lions were probably starting to sweat.

The Detroit’s offense got stalled again, forced to punt by the Washington defense. In 6 plays, 66 yards, the Washington team got another touchdown and tied 24 to 24.

It was not over yet though, not if Stafford had anything to say about it.

Lions were at 27, while the Washington team got 24.

Washington got some luck as two defensive penalties kept his team in the game enough to get a kick to tie it. The Lions did not tally. They rushed down field with their commander directing a glorious comeback drive. They connected on a number of passes and placed the ball into Matt Prater’s hand or should we say foot? Regardless, he did not disappoint and on his 100 game as a Detroit Lion. He kicked the winner from 59 yards.

The Problem with the Detroit Lions

They may have won, but they almost blew a lead, a big one at that, again. It this point, we can say Matt Patricia is not a good coach and he has coached a terrible culture where the players feel it is fine to blow leads like this.

Complacency destroys dynasties, it can also prevent fledging teams from achieving their true potential. This team had the potential to win a championship, maybe the super bowl by now. Even without current powerhouses Swift and Adrian Peterson pulling the offense forward, the defense has been hot and cold.

Fun fact, defense is Matt Patricia’s specialty and they still disappoint when needed. Matt Patricia has wasted the talent of this team to a large degree.

Stafford cannot save them all the time. Now that I think of it, Stafford is saving Matt Patricia’s job right now. Well, nothing lasts forever I suppose. Patricia’s time will come. It just will not be this year, unless they lose six straight further on.

Their next opponent will be the Carolina Panthers, let us see how much magic Stafford got in the tank.

Washington Should Think About Kicking the Bucket

Dustin Hopkins missed a field goal. Not that big of a deal, right? Guess what, the Washington team lost by a field goal.

Hopkins has injury problems, so there is that. Kickers are supposed to be invisible. To miss, constantly makes them visible and that is not a good thing.

In the NFL, you are held to a high standard of performance especially in special roles such as Kicker. Dustin Hopkins is giving his team that near perfect standard that is required of him. Expect him to be replaced soon, because one thing about Ron Rivera, he hates inconsistency. Ask Dwayne Haskins.

Alex Smith did well considering the odds against him. He is not that great a quarterback, for his deep throwing ability is not good. The injury has made him lack mobility and his pocket awareness is been sketchy, but he is reliable.

That is what they need right now. If only the defense had as much stability as Smith.

Kendall Fuller played poorly in this game. He gave up two passing touchdowns. He also committed a pass interference penalty to add to his sins.

Chase Young got a penalty himself when he made a late tackle on Matthew Stafford.

That was all the Lions needed for Matt Prater kick the 59-yard field goal. Young did take responsibility for the error.

Accountability is important when it comes to keeping consistency for the rest of the season.

Did Biden just admit to violating the Logan Act?

The mail-in voting process is broken, here’s how to fix it