The Washington Football Team Will Be Fine4 minute read 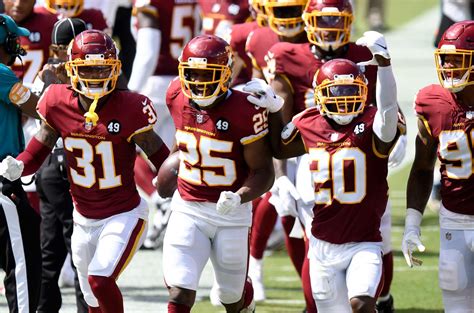 Washington with as bad a team or start as they had should not be looking at the possibility of getting a chance at the playoffs and yet there is hope. The hope has been crafted out of the fact that the Cowboys and the Giants have not played well either.

Washington is now second in ranking in the NFC East. They have nine games left, with three more division games. Washington can take over the NFC East if they make the right moves.

Jack Del Rio’s defense is starting to show some life against similar opponents. They probably would be skewered by really good offenses. At least they are not pushovers.

Ron Rivera has said his teams play better as the year goes on. History supports that. Ron Rivera does not trust Dwayne Haskins anymore.

Kyle Allen has the leadership of the team in his hands and is doing a decent job. It was enough to secure his place as the quarterback.

Kyle lead them to 25-3 home victory over the rival Dallas Cowboys. The Cowboys defense is bad. Their attack suffered, so badly against the Washington team.

Kyle got 15 of 25 for 194 yards and two touchdowns. He took better control of the ball after the bad performance in the loss to the New York Giants.

McLaurin was his favorite receiver and he is not disappointing Kyle. He has put up some great numbers this season.

Washington has longer drives, fewer interceptions and bad decisions. Something that was a problem for Haskins, he was mistake prone. Haskins had seven drives with 10 or more plays in all of five matches he played.

That will be very bad. He lacks the ability to convert on third down. They want him to make a play, to make something out of nothing when needed. It is probably why Rivera benched him.

The Washington Football Team are willing to trade Dwayne Haskins. The question is who will want him? No one comes to mind and it is likely no team will trade for him. The league is filled with many good quarterbacks.

The Washington team will want a high price for him. Higher than what anyone is willing to pay. On top of that, why trade for him when the draft quarterback stock next year is so good. Dwayne Haskins has not enough upside to warrant the trade. He is not a rare talent like Jameis Winston or a reliable efficient genius like Tom Brady.

It is likely he will languish on the team’s bench. At least until his contract runs out.

Other things for the Washington team to consider, Ryan Kerrigan has requested a trade. Washington’s response, they have told teams it is not happening.

Kerrigan, 32, is in his final year of his deal, a four-time Pro Bowler and a great pass rusher. Kerrigan is the franchise’s career sacks leader with 94.

He wants to stay. His playing time has decreased and that got him salty. It almost reeks similar to Carlos Dunlap’s situation. They need to give him more playing time to make sure he is happy to ride out his contract.

Antonio Gibson has been good for the team and they are excited about his development. He is a rookie and has grown well into the running back position.  Antonio Gibson got a 12-yard touchdown run in the Cowboys game, finishing with a career-high 128 yards on 20 carries and has given their rushing offense an edge.

Right now, he has averaged 82 rushing yards per game.

The Washington team is pretty much in rebuild mode even with the prospect of getting into the playoffs.

They need to rebuild and grow upon the success they have had. They should be making decisions to build. Ron Rivera is not known for risky decisions.

The owner is a risk taker. That might end up being the future conflict we will be talking about.

Obama says hes “worried” that Trump got over 72 million votes