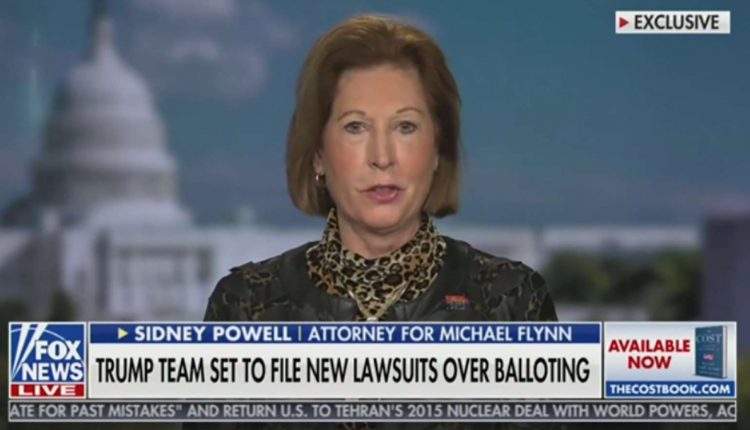 All-star attorney and counsel for Lt. General Michael Flynn, Sidney Powell is at the tip of the spear in the fight for President Trump’s second term. She was just on Maria Bartiromo’s “Sunday Morning Futures” on Fox News to talk about the voting software “Dominion” by a company called “Smartmatic”. What Powell revealed was quick shocking.

Peter Neffenger was at the heart of the discussion. You’ve probably never heard of him. He is on the board of directors for Smartmatic. But it doesn’t end there, hes actually on Joe Biden’s presidential transition team.

So, how does that work? The guy who is on the board of directors for the company that runs the voting software in many key battleground states across the country, is on Biden’s team?

“We’re fixin’ to overturn the results of the election in multiple states and President Trump won by not just hundreds of thousands of votes but by millions of votes that were shifted by this software that was designed expressly for that purpose.“

Powell went on to say: “we have so much evidence that I feel like it’s coming in through a fire hose.”

Obama says hes “worried” that Trump got over 72 million votes