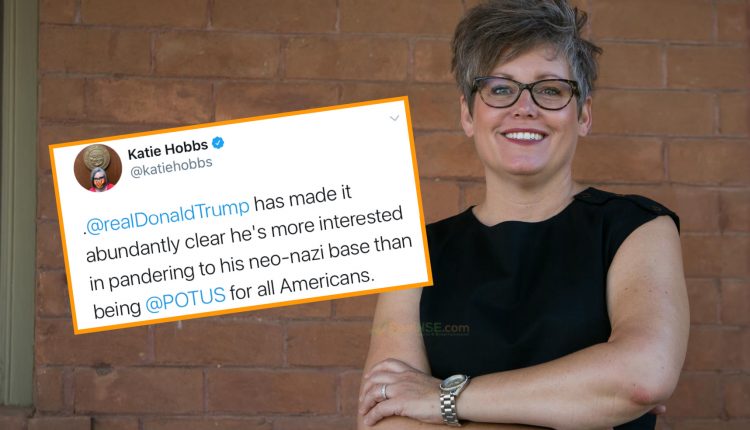 Another states Secretary of State has been exposed for having a very clear bias against President Trump.

Arizona Secretary of State Katie Hobbs Is overseeing the vote counting in Arizona. However, several 2017 tweets have surfaced that shows Hobbs has hatred for President Trump and his supporters.

I mean, we already knew this, right?

Partisanship is becoming a major problem in this election. We reported last week that the Pennsylvania Secretary of State also tweeted in 2017 that President is not a legitimate President.

How can we have confidence in our election when the person who counts the votes calls one candidates supporters – over 72 million people – nazis?

The Tampa Bay Buccaneers Get Drowned By The New Orleans Saints