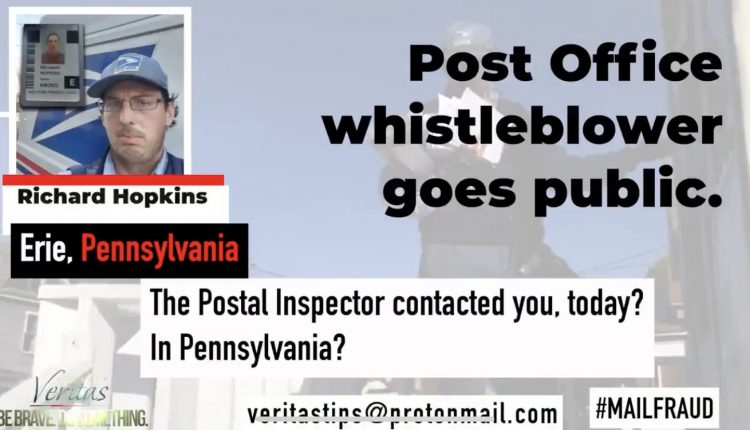 James O’Keefe of Project Veritas says he has been receiving a massive amount of tips from across the country regarding voter fraud in the 2020 election.

He has dropped several undercover and whistleblower videos raising some serious questions about the integrity specifically of the mail-in ballot voting process.

The most recent video released by Project Veritas was of Richard Hopkins, a delivery worker for the United States Postal Service. In the video, he says that he overheard USPS higher-ups admitting to backdating ballots that were sent after the cutoff time.

Project Veritas broke yesterday that the whistleblower sent an affidavit – under the penalty of perjury – that his claims are accurate and truthful.

BREAKING: Here is the signed affidavit from Erie, Pennsylvania @USPS Whistleblower Richard Hopkins that is now in the hands of Sen. Lindsey Graham and the Senate Judiciary Committee. #ExposeUSPS pic.twitter.com/mi993k9CAJ

The affidavit is now in the hands of Senate Judiciary Committee Chairman Lindsey Graham. I suspect a thorough investigation will be underway soon.

GoFundMe for USPS Whistleblower Richard Hopkins brings in $120,000 in one day