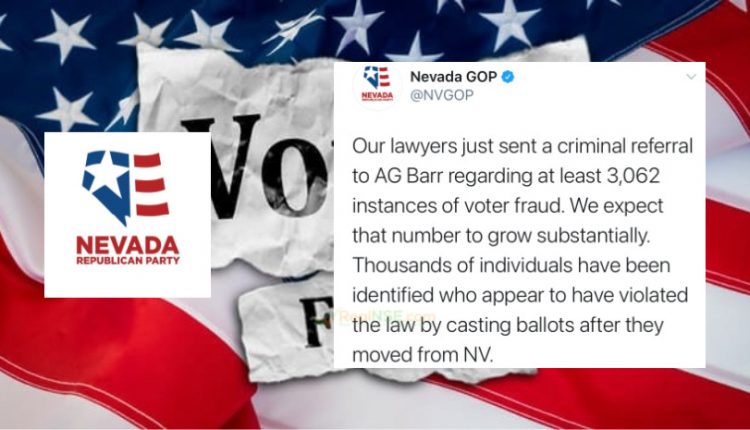 More and more evidence of voter fraud is piling in from across the country. Just breaking overnight, the Nevada GOP announced that their lawyers have sent over 3,000 instances of voter fraud in their state to Attorney General Bill Barr. Also stating that they are expecting that number to continue to grow.

Our lawyers just sent a criminal referral to AG Barr regarding at least 3,062 instances of voter fraud. We expect that number to grow substantially. Thousands of individuals have been identified who appear to have violated the law by casting ballots after they moved from NV.

It’s also worth noting that Nevada was one of the states that automatically sent mail-in ballots to every registered voter even if they did not request it.