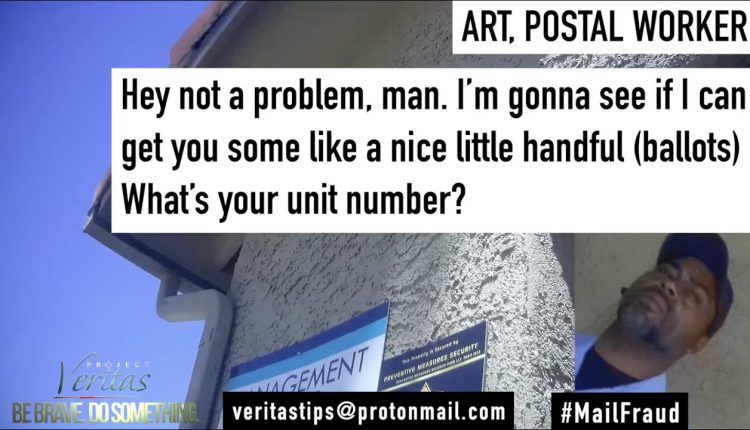 It was under 24 hours ago that Project Veritas dropped a bombshell video of a whistleblower who works for the United States Postal Service revealing that they were ordered to backdate mail-in ballots that were sent after the cutoff period.

Now, James O’Keefe has dropped another undercover video showing a USPS worker offering someone a “handful of ballots”.

BREAKING: Nevada @USPS Carrier Caught On Tape Pledging Voter Fraud To Remove @realDonaldTrump From Office”I’m gonna see if I can get you some(ballots), like a nice little handful…””What’s your unit number? Let me see what I can do…”#MailFraud pic.twitter.com/FvzQlTPnep

Many lefties on Twitter are dismissing this video saying the worker sounded like he was joking. Or because no ballots were actually handed over, it’s a “nothing burger”. However, conspiracy to commit voter fraud is a crime.