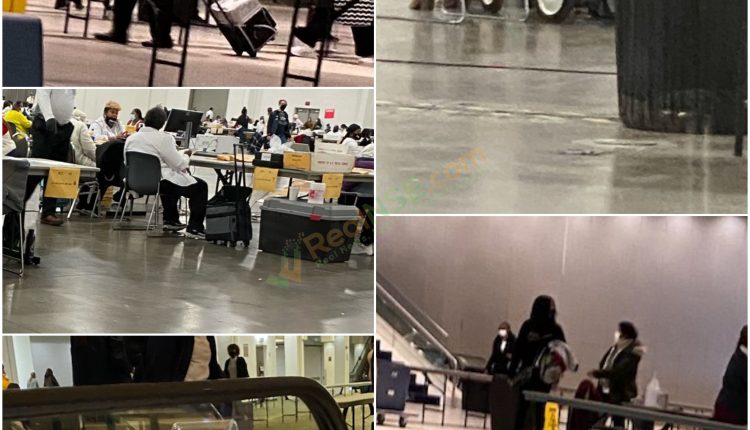 Here’s only PART of we’ve got on Michigan ballot security issues. Look fishy to you? TWEET THIS OUT! #CrowderDebateStream pic.twitter.com/8stwnwgtD4

The footage was submitted by an independent poll watcher that specifically went to Michigan to observe the ballot counting process and confirm no suspicious activity went on.

Now let’s be clear, we are not sure what is being brought in to the polling location. However, there are a number of factors that need to be pointed out and ultimately investigated.

The scene at Detroit’s absentee ballot counting center is growing more heated. The windows now being covered up. Allegations of violations. Sec. of State says she welcomes challenges. pic.twitter.com/oUL4A0h3Ku

An on-the-ground lawyer captures exclusive video-shenanigans in Detroit… right at the exact time Michigan said they would stop counting. What are the odds …

Steven reviews the latest updates in the 2020 election results and reviews what media pundits and pollsters got wrong, and Trump’s most likely path to victory.J…