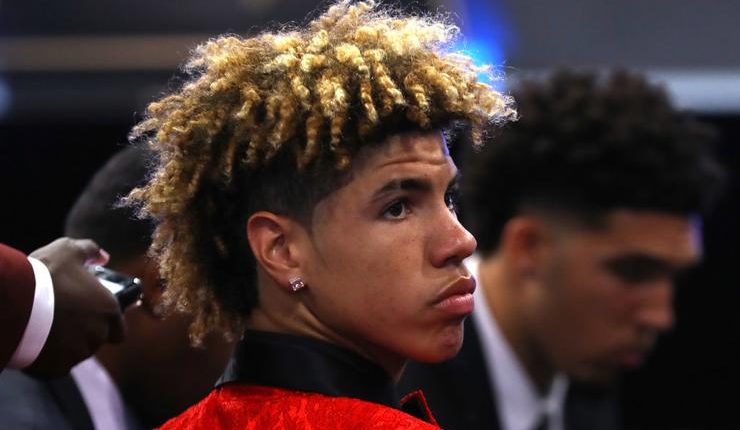 LaMelo Ball is likely to get picked among the first three draft picks on the NBA 2020 draft board, but there has been a lot of sparks around him and it ain’t basketball sparks.

For one, there were sneaky rumors about his interviews going poorly.

“Here is what I’m hearing from the league at large: LaMelo Ball is not performing very well at job interviews,” Bonnell said Wednesday on Sports Radio WFNZ in Charlotte. “I’ve heard that from multiple sources. He is not improving his perception via job interview. There are people drafting later in the top 10 who were not preparing for the possibility of Ball still being around.”

“And I’m not saying that he will not be a top-three pick. I am saying that I know for a fact that there are teams later in the top 10 who are doing more research on him, because they no longer think it’s a given he will.”

That indicates a chance that he will not be picked up early giving other teams a chance to poach him. But that is concerning, what could be making teams hesitant to take him on? His attitude, his mentality, those are possibilities.

The NBA had relaxed limits on in-player evaluations and interviews in mid-October. This is good as teams can do their research into players from their own mouth rather than second-hand reports.

Ball was said to have met with the Timberwolves, the Warriors, and the Bulls. They have the highest picks.

The Knicks want him, his father wants him to go there.

Lavar Ball wants LaMelo Ball to go to either the New York Knicks or the Detroit Pitons. He hauled his three sons as the best the NBA will ever see. He loves his sons and them being an extension of himself.

Lavar does not want what happened to Lonzo in LA, to happen to LaMelo as well. Lavar responded by saying, “I either want him in New York or Detroit. I already had a son in LA with a raggedy a** coach.”

That coach he referred to was Luke Walton. The man he believed was responsible for causing Lonzo to fail as a player when he was on the Lakers. Many pundits would say that was on Lonzo, not the coach, but this is baseless speculation at this point.

Ball already has spoken to the Knicks, but he has no wish to go where his father, LaVar Ball dictates.

LaMelo Ball said, “I’m my own man. He’s his own man. He has his opinions, I have mine. Like I said, I feel I could play on any team and do good anywhere I go, so anything that happens, I’m positive. Anywhere is a great fit. I mean, it’s the NBA. You put me with good players, I feel like it’s even gonna be better.”

His father disliked the Warriors, the team second most likely to pick him.

Lavar Ball is a man of power. It would not be hard for him to use his influence to get his favored teams to trade up in the draft to acquire LaMelo.

Though let us assume someone was spreading rumors in order to prevent teams from picking him and causing his stock to fall. It is likely, sneaky, but likely.

Or, LaMelo is deliberately fumbling interviews to lower his stock. All are possibilities, but there is little proof for any of them.

Ball’s playing ability, there is uncertainty there as well. Ball’s last competitive match was a year ago. He will likely refuse a workout. Many high draft picks do.

LaMelo Ball’s highlights show why he could be the No. 1 pick | 2020 NBA Draft Scouting Report

Ball’s record is pretty great. He played for the Illawarra Hawks in the Australian NBL. The only reason he went there was because of eligibility problems to play in NCAA. His averages are good. He got 17 points, 7.5 rebounds, 6.8 assists, and 1.7 steals per 31 minutes of game time.

He is a great prospect for any team, whoever picks him.