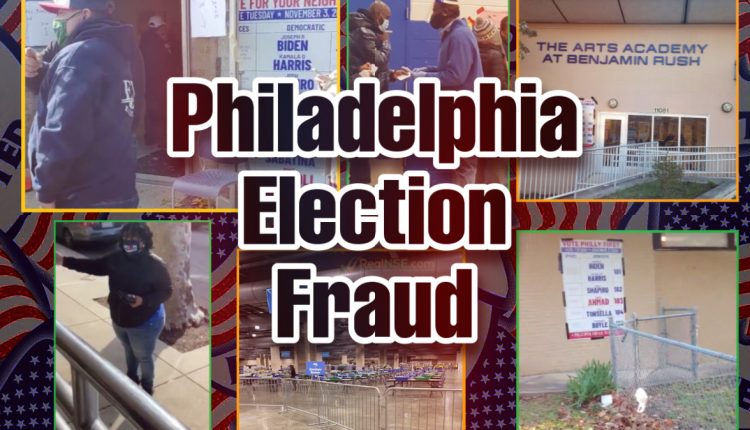 Very concerning videos and pictures are rolling in from Philadelphia voters showing clear election meddling and even fraud.

Twitter users have been posting updates all day regarding blatant election interference across the city of Philadelphia. Of course, all of this is either by Democrats or to benefit the Democrats. The evidence speaks for itself. This link needs to be spread across social media to expose this illegal activity!

The GOP has appointed poll watchers across the country to ensure all votes are counted and no election fraud occurs. The certificates are legitimate and issued by the county board of elections.

In this video a certified poll watcher is turned away from a polling place in Philadelphia.

A poll watcher in Philly was just wrongfully prevented from entering the polling place#StopTheSteal pic.twitter.com/iJTFtRk0Id

MORE Bad things happening in Philly. Dem election officials have avoided transparency & accountability at every step. NOW they’re keeping our poll watchers so far from the counting tables there’s NO WAY to ACTUALLY observe. What are they hiding?? THIS MUST STOP!!! pic.twitter.com/r1YlkZokAa

Oh look! A Democratic committeewoman in north Philly wearing a Biden mask not letting certified Republican poll watchers into a polling place… She ends with “that rule ain’t worth being followed” when someone says they should be allowed inside. pic.twitter.com/7646fTi2in

Campaigning at a polling place is illegal in every state. Depending on the state, campaigners and any campaign literature must be a certain distance away.

In Philadelphia specifically, the law states that anyone campaigning: “must remain at least ten (10) feet distant from the polling place during the progress of the voting.”

It also states: “No person, when within the polling place, shall electioneer or solicit votes for any political party, political body or candidate.”

Clear violations of this law are happening in Philadelphia.

ILLEGAL campaigning INSIDE of a polling location in Philly. Man in blue is handing out DEM literature to voters IN LINE TO VOTE. This is why DEMS are keeping TRUMP WATCHERS OUT. They are STEALING it! This needs to STOP! pic.twitter.com/qnJ3D8o2ie

Outside Polling Place in NE Philly with illegal sign pic.twitter.com/JqfKbeYScQ

One of these signs in the video has been taken down. But regardless of that, how many voters did that influence? Why are the Democrats so open to violating laws? If this was by the GOP, it would be a national news story.

BREAKING: First ILLEGAL sign has been taken down in Pennsylvania.#Election2020 pic.twitter.com/RQDlS64APX