The Predictions For The NBA Draft 202010 minute read 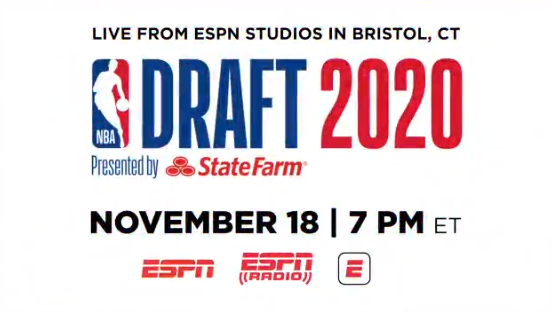 The 2020 NBA draft is coming up and will be occurring November 18. There are debates raging about where some draft picks will go. The 2020 draft class is not the best, but there are chances for some surprise and interesting stories to be crafted.

There’s no clear No. 1 2020 NBA Draft pick, according to Timberwolves president | The Jump

The Jump crew reacts to Minnesota Timberwolves president Gersson Rosas saying there is no clear No. 1 pick in the 2020 NBA draft. #TheJump #NBA ✔️Subscribe t…

Minnesota Timberwolves are likely to pick up point guard LaMelo Ball or Anthony Edwards. Ball has a lot of hype around him. The only concerns would be issues about his fundamentals.

Anthony Edwards would fit better with the team, but is feared to be inconsistent and more a jack of all trade than an explosive player.

The Warriors would want Edwards or Ball, but it is not a need. James Wiseman has a great college career and they do need a center. They are planning a championship run and as such need a weapon that will work now. Wiseman is their best option.

Hornets TRADES and MOVES to rebuild this offseason [2020 NBA OFFSEASON]

The Hornets want a center. There is Wiseman and since they are rebuilding, all his athleticism problems can be slowly solved over time with them. Players like Devonte Graham, Miles Bridges, and P.J. Washington will feel right at home with the kid.

Edwards would be a good option. He has a well-rounded game and is a beast. At 6’5″ and 225 pounds, very few men can break his stride.

If that does not happen, they can pick up LaMelo Ball if he is left on the board. Reason, Ball is a possible franchise player. He has that range and playmaking skills to make the team better than they were originally.

The Chicago Bulls land the 4th pick in the 2020 NBA Draft, the highest spot in the draft since selecting Derrick Rose at No. 1 in 2008. Jason Goff and Kendal…

Avdija is more likely to be picked. They need a forward and if it ain’t him, it is likely to be Obi Toppin. They might also pick up Killian Hayes a great play-making guard.

Cavaliers OFFSEASON PLAN to complete the REBUILD after LeBron James

The Cavs have a great back-court Toppin, Avdija or Wiseman could fill out the aging front-court of Kevin Love, Andre Drummond and Tristan Thompson. If Wiseman came off the board, Okongwu is a nice option. He has great defensive abilities and is a great rim runner.

There is less consensus in this draft. A lot of teams are in rebuild mode, so they pieces they need are much spread out and wider in scope. Cap this with the fact that there aren’t that many star studded players in this draft there is not much to be excited about other than a few people.

Teams are hesitant to drafting high up in this draft. Indications lean towards teams like Wolves and Warriors wanting to trade their picks to move down in the draft. The draft is deep, a large portion of good prospects that can become solid athletes in time.

College teams have begun practicing and we can start looking at the new prospects for the next draft.

Still, let us look at the other good draft prospects that can get picked up early and consider how their skill will translate to the NFL.

He is the son of former NBA point guard Greg Anthony. Cole has a lightning-quick attacking style and a lot of versatility, so he has some upside.

Anthony may need to prove he can unselfishly distribute the ball and shoot a solid percentage from 3-point territory, to secure a spot in the top five next June.

Like LaMelo Ball, R. J. Hampton took the unconventional route to the NBA, signing a contract to play in the Australian NBL. He has played very well impressing many, will he survive the rigors of the NFL is anyone’s guess.

Precious Achiuwa has skill, strength and size. He has that combo-forward vibe flowing of every move he makes.

Lewis has exciting drive as a guard or forward, it needs polish, but his aggressive play makes up for that raw skill.

At 6’9 he is a hard man to stop in the game. He easily dominates at the center position.

Antoine is not very athletic, but makes up for that with his dynamic playmaking. Explosive, he is a reliable shooter and has slippery footwork.

Anderson Silva, Is He a Legend of MMA

Trump releases first round of early endorsements for 2022 midterms

Communist China using AI to arrest people for their emotions