Anderson Silva, Is He a Legend of MMA5 minute read 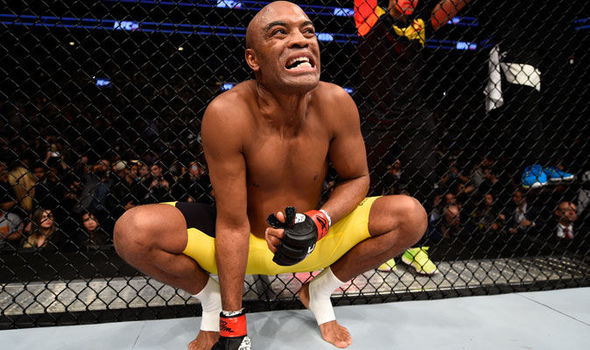 Anderson Silva defended his UFC middleweight title a then-record 10 consecutive times from 2007 to 2012 after securing the title at UFC 64 in 2006. Take a lo…

Anderson Silva has been in MMA for a long time and sees his name flying around in the greatest fighters of all time debates a lot.

The funny thing is Anderson Silva could care less. At this point, he wants to just fight and enjoy the sport.

“MMA doesn’t have the best ever, the greatest of all time. Because every single moment, every single time, comes a new challenge. The new athletes. For me, martial arts prove one thing. They don’t have the best ever. Jon Jones say that, it’s okay. I respect Georges St-Pierre. People say about GSP, it’s okay, I respect. The people say that about Khabib, I respect. For me, I’m not the best. I just try to do the best I can and martial arts. I just pray, put on my knees in the ground and say thank you, God.”

Many said he cannot be considered the best because of his record. It should be noted his record is not reflective of reality.

Many will say he lost a lot of fights. It should be noted his losses came during his old age, when he was past his peak. That would be when he lost his title to Chris Weidman.

He has only won one fight since, but it feels unfair to push him out of the argument when he stayed in the sport and Georges St-Pierre and Khabib Nurmagomedov left in their prime.

He didn’t run from the sport. Some said he should, even in a fight against Uriah Hall Dana White decreed that that would be his retirement fight. Anderson Silva lost and still did not commit to it fully. He said he would think about it and decide what to do.

Uriah Hall apologised to Anderson Silva for ending the Brazilian’s career with a defeat at the UFC APEX. Hit ‘Subscribe’ above to ensure you never miss a vid…

Uriah Hall was in tears after the win saying, “You’re the reason why I’m doing this. You’re still one of the greatest.” To have a fight with your idol is one thing, to defeat your idol is not something that can be put into words.

More power to Uriah Hall in that regard. Naturally I think Anderson Silva knows his legendary status was set in stone. Right now he is just having fun. Some might say it hurts his legacy for him to be losing like this.

That is why Dana White made it adamant that was his last fight in the UFC. At the age of 46, Dana White said no man should be fighting at forty six years especially when the fight looked poor by White’s standards and Silva struggled to do the post-match interview.

Dana White said he wanted to protect Anderson Silva’s legacy and some would say protect him from himself.

It is likely for people to look at his record and not his film. Not the context and run off at the mouth about how many losses he had.

And then Jon Jones came and matched his famed longevity.

Yet Silva’s record-setting run was not a small feat hence the comparison with Khabib Nurmagomedov.

Couture’s never had a long winning streak beyond seven. Georges St-Pierre has more to boast. He has more consecutive wins and successful title defenses.

Anderson Silva should have advanced to a bigger weight class to solidify his legacy better. Silva had the size and skills to do just that. To defend both belts, around two to three defenses would make his case better in detractor’s eyes.

It will be difficult at his age, but it is not like he is having much luck right now.

Right now losing does not improve his legacy, but he has done enough to prove his case and I think he is happy with all the success he has. He has inspired and become an idol to so many young men and that is enough to make him a legend.

The Predictions For The NBA Draft 2020