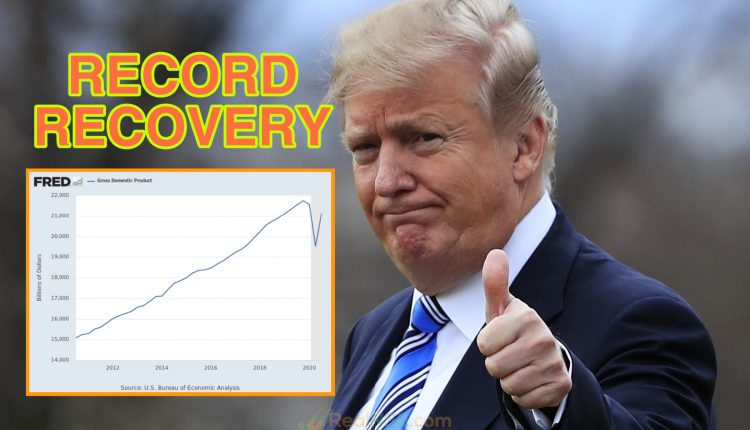 Under President Trump’s leadership, the US economy has exceeded economists expectations. With this record economic come back, what will Joe Biden and the Democrats use as talking points?

The U.S. economy grew at the fastest pace ever recorded in the third quarter, expanding at an annualized pace of 33.1 percent, the U.S. Commerce Department said Thursday.

The economic rebound means the U.S. recovered significant ground following the record-breaking collapse of output due to lockdowns intended to stem the spread of the coronavirus. Despite the third-quarter gains, the economy is still 3.5 percent smaller than it was as the year began.

Economists had expected the economy to grow 30.9 percent, according to Econoday. Some economists, however, had been expecting a bigger expansion following the release this week of positive data in recent news on durable good data and international trade. The Atlanta Fed’s GDPNow had third-quarter growth at 37 percent. CONTINUE READING