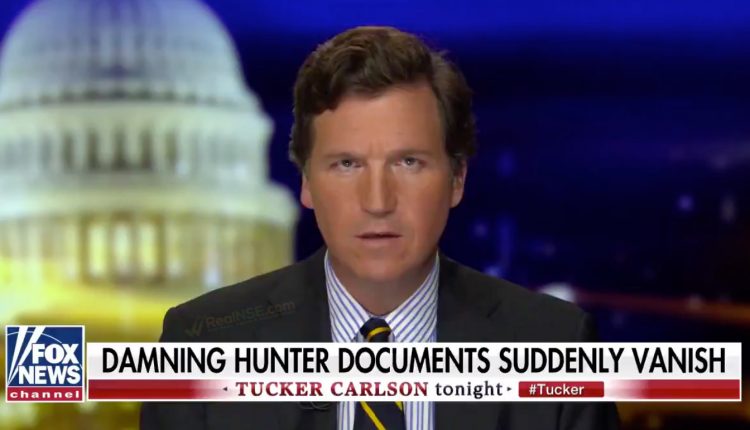 Fox News’ Tucker Carlson has been on a massive roll lately. Tucker finished October with the highest-rated cable news show in history. But with that much exposure comes a target on your back.

Tony Bobulinski joins Tucker Carlson to discuss his alleged dealings with Hunter and Joe Biden. Watch the rest of the interview here: https://video.foxnews.c…

After his bombshell interview with former Hunter Biden business partner Tony Bobulinski that aired last night, Tucker has been at the forefront of the Hunter Biden laptop story.

Tucker Carlson revealed on his show just hours ago that on Monday of this week, he was offered a collection of confidential documents from a source related to the Biden family – specifically Hunter Biden – scandal. ‬Tucker was in LA doing the Tony Bobulinski interview and had a show producer send the documents to him in LA. However, they never showed up.

The shipping company used to send the documents claims the package was ripped open, and the contents were stolen. The company – which Tucker is not naming – started an investigation into the incident and even interviewed every employee who had possession of the package, but came up with nothing.

These extremely sensitive and important documents seemed to have vanished without a trace.

No Defense Was Needed in Browns-Bengals Shootout

Economy coming back at RECORD PACE