The Pittsburgh Steelers won with a 27-24 win in Nashville 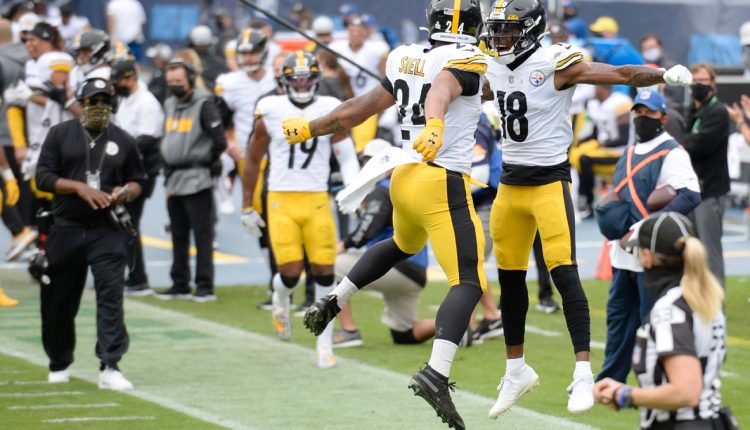 The Pittsburgh Steelers take on the Tennessee Titans during Week 7 of the 2020 NFL season. Subscribe to NFL: http://j.mp/1L0bVBu Check out our other channels…

They almost lost if not for a missed 45-yard field goal attempt by Stephen Gostkowski. The win has given the Steelers 6-0 for the first time since 1978.

“Thankfully our guys didn’t blink and was able to hold it together and make enough plays to secure a victory,” coach Mike Tomlin of the Pittsburgh Steelers said.

Tennessee Titans have had a hard series of games especially with the $350,000 fine by NFL for coronavirus protocol violations and them losing training privileges before the Vikings match. They did win, but they been shaky ever since.

13 players were positive for the Covid virus.

It was a swing-swung match as Steelers and Titans went back and forth until the fourth-quarter ending where the Titans could not finish off the Steelers. This is now the Titans first loss.

Tennessee head coach Mike Vrabel must be happy with his men regardless of the lost. Derrick Henry and the Titans have an effective rushing attack. They only have one weakness. Once it is stopped, they are a beatable team. The Steelers proved that assertion in their match.

Henry is still a beast. He is the first running back in NFL history to rush for more than 200 yards in three successive games. A great feat not easily achieved.

Their defense is solid but can be broken through by stronger hands. Tennessee are ranked last in the league in third-down defense. They need to fix that especially since they are a running team. Because that means any opponents can commit to stopping the run and not worry too much about their passing prowess because they do not have anything to write home about.

A.J. Brown did have slant pass that led to a 73 yard touchdown. But Tannerhill had a measly 18 for 30 completion rate, so their passing offense needs works otherwise it will be dark day ahead in the post season.

The Titans were flying high with around four hundred yards of offense per game. They barely cracked 300 this time. To add salt to the wound, they do not take their chances when given. The Titans had three turnovers, but turned them into just three points.

Yep, The Steelers made them look like amateurs for a moment.

Their run defense will be more interesting without Devin Bush.

Robert Spillane has mostly filled that role with Ulysees Gilbert III getting a few snaps. This is a first for Gilbert in his two seasons with the Steelers. He should make sure he takes advantage because these are the moments to shine after all. Bud Dupree was instrumental for neutralizing Derrick Henry, who got held to 75 yards.

Roethlisberger wasn’t sacked once, so credit to the offensive line. James Conner got game-high 82 yards rushing. He has been great this season for the Steelers. They can rely on him to rush like a beast and if need be switch to passing to crush their opponents.

The return team has punt returner, Johnson and the upstart Ray McCloud. McCloud averaged 27.7 yards on returns which has impressed the staff enough to take Johnson’s job.

Their wide-zone-based, ground attack has been deadly since the start of the season.

The Titans’ formula for success great rushers and play action off the rushing game, sounds nice on paper? The only problem is that they tend to be inflexible in their style of play. They run on early downs and choose other options on the later downs.

The Steelers reminded them it only works for a while. Vrabel would counter that by saying he almost won never changing. Which is true, but play action works best if they think you are going to run when instead you pass the ball.

Vrabel refused to throw on first down. He could have made Henry’s job easier.  Vrabel’s stubbornness approach was exploited by the Pittsburgh Steelers.

The Steelers went up unanswered 14-0.

But where their defense faltered, the offense did not. Titans racked up 17 unanswered points as Henry and quarterback Ryan Tannehill got things going. Only one thing could make it better right? Yes, Ben got intercepted a lot.

Quarterback Ben Roethlisberger who racked up 268 yards and 2 TDs amid being intercepted three times.

Roethlisberger’s first interception was thanks to safety Dane Cruikshank. Jeffrey Simmons smacked a Roethlisberger pass only for Jayon Brown to catch it.

Still, he was happy with the win and said as much. “We feel we have a really good football team, right?” said Roethlisberger, whose team takes on the 5-1 Ravens in Baltimore next Sunday. “We feel that it could be very special and we’re happy with where we are right now, but that’s going to be a short-lived happiness because we know what’s coming up next.”

The Steelers did well to set up long drives to keep Titans Henry on the sideline. Their first drive lasted 9 minutes and ended with a Diontae Johnson touchdown, marking their first opening-drive.

The Steeler’s offense is not as high flying, but the 49ers did not get to the last superbowl with a high flying offense. They got there with an efficient offense. Quarterback Ben Roethlisberger just had to be more efficient and not have turnovers.

Then all he has to do is let defense do what it does best, make Quarterbacks cry after a busted drive or inception. The only thing that can stop the Steelers, yes, it is injuries, which is more likely in this NFL year.

“I don’t know that they changed anything that they did,” Tomlin said of the Titans’ second-half adjustments. “We had a tipped pass that got intercepted and we were penalized, some things that happen when you stop yourself. They were confident, no doubt. But I don’t know that they changed anything schematically or anything substantial changed. We just got to play better. We didn’t play well enough in the second half for it not to be as tight as it was.”

Isaiah Simmons and His Future With the Arizona Cardinals

No Defense Was Needed in Browns-Bengals Shootout