The Bengals Could Have Won But Blew 21 Point Lead To Lose To The Colts. 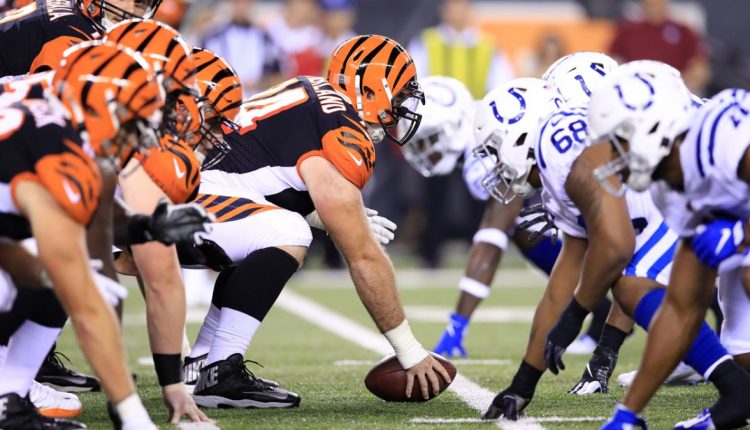 The Cincinnati Bengals did not do well in the Colts game, but we saw glimmers of something good for one and a half quarters at least. The Bengals lost the game 31 to 27 to the Colts.

The Colts can pat themselves on the shoulder for this victory. The Colts are just good at starting poorly and killing teams late in the game. Phillip Rivers never faltered while the Bengals struggled to not make mistakes, constantly.

The players that showed up for the Bengals on the day were Tyler Boyd got over one hundred yards, Higgins finished with 125 yards on six receptions, AJ Green got 8 catches for 96 yards, Joe Burrow got 313 yards and 1 interception, Jessie Bates III made key breakups and got an interception.

The players that showed up for the Colts on the day were Phillip Rivers racked up 371 yards, 3 touchdowns and one interception, Jonathan Taylor rushed for 60 yards, Xavier Rhodes made key breakups against AJ Green and helped the Colts to stall the Bengals later on. Marcus Johnson got 100 yards in receiving. Burton scored 2 Touchdowns.

The Bengals built a 21-point lead early in the second quarter then blew it in amazing fashion.

Colts started from their 25. Philip Rivers got Jonathan Taylor for 22 yards and was looking to be on the road to a touchdown then Jack Doyle got hit after catching the pass from Rivers. He fumbled, Bengals recovered it and made.

Burrow made sure not to disappoint, Gio Bernard ran in for the touchdown. Colts got stalled and turned over. Joe Burrow goes down the field and snuck in from two yards for another touchdown.

The colts got stopped and stalled by the defense again, Burrow went out and rocked the boat with a 67-yard pass to Tee Higgins just before the end of the first quarter, he finished it at the start of the second quarter.

Rivers got fired up and came out swinging. Colts drove down the field with the help of a 55-yard pass to Marcus Johnson. Trey Burton gets the TD giving them their first score.

Bengals push down to the Colts thirty yard line. Joe Burrow got sacked making it third and long. They decided to take the ball out of Burrow’s hand. Randy Bullock hit the kick and it was good.

Bengals face 3rd-and-long. Trey Burton got his second TD on a counter drive from Phillip Rivers. Joe Mixon walked off the field and would be found to be injured and out of the rest of the game.

The Bengals were forced into their 1st punt as the defense made their first stop. Rivers went to push forward and hit Zach Pascal for a touchdown. Now it was Bengals 24, Colts 21.

An amazing comeback and it was about to get worse.

Bengals tried to come back, but the Colts defense made sure to stall them again. Randy Bullock hits one from 55 yards.

It was Bengals 27, Colts 21. It was not enough. Jonathan Taylor got repeated receptions from Rivers and pushes to the Bengals 24. Philip Rivers hits Jack Doyle for another touchdown.

Joe tried to rally the team, but got stalled. Rivers came back on the field, but Jessie Bates then picked off Phillip Rivers giving the Bengals some hope.

Joe Burrow worked down the field and again when they needed a touchdown, they took the ball out of his hands and decided to kick. Bullock misses the 48 yard kick.

Colts pushed to extend their lead, but Bengals finally started taking this match seriously. So the Colts had Rodrigo Blankenship hits a kick.

Joe Burrow put together a strong drive with time running out. There were under two minutes left, more than one timeout left. And then he got intercepted by Julian Blackmon ending their dream right there.

The Bengals did not continue what made them winning in the first place.

As head coach Zac Taylor said, “We didn’t earn it. We put ourselves in a tough position here with just one win, and it doesn’t matter if you feel like you’ve done better than that. Your record is what it says you are.”

Burrow said, “I played really well for three quarters and 14 minutes,” Burrow said. “Then one bad play, and I wasn’t able to convert.” Burrow may have took all the blame onto herself, but honestly it is because of bad coaching decisions outside of his hands.

The Colts were struggling against the Bengals, but they made the changes. Bengals should have stuck with what worked.

They made changes for the worst, not for the better.

Philip Rivers switched to passing short and destroyed their zones. The Colts literally abandoned the rushing game. Hence, why Jonathan Taylor got so many receptions, he greatly helped Colts to the win.

Bengals defense fell apart and struggled to take out the passes to the flat. They were trying to stifle the long passes, Rivers just found a way around that.

Safety Jessie Bates said, “Twenty-one points should be enough in this league. They went on a run on us. I take all that on the defense. Everybody is going to look in the mirror and look at what they can do better.”

So coaching took the foot off the pedal. They regretted it and tried to put back on the best receivers. Defense still suffered from constant mistakes until Vonn Bell was taken out in favor Shawn Williams.

Vonn Bell was beaten too many times, so that is deserved. Darius Phillips and LeShaun Sims disappointed badly in coverage.

Zac Taylor did not make the best decisions. Worse than that, he took the ball out of Burrow’s hand constantly. He played way too conservatively. If you play to lose, you will lose.

Now, it can be said the coaching staff is not trying to win. This is all about performance, building experience, not getting a result.

All are a part of creating chemistry between the players and seeing who works best with who. Nothing is wrong with such an experiment considering there was no pre-season and they have already lost enough matches that no one was looking for a win anyways.

But if you are up, stay the course and try to win. You already had the ball in your court, why go and do something like easing the pressure against a Colts team known for adjusting and coming back ferocious in the latter quarters, which is what happened.

The coaching staff has a lot to answer to, because this was really bad. If you just care about the performance, act like it. Do not put your best players out there, rally up a great lead and place your backups on the field assuming the win is in the bag.

That is a heartbreaking culture to be buildings at the Bengals, Zac Taylor.

That was why they lost, you took the Colts for granted and the Colts reminded you, that yes, the Indianapolis Colts are still a good team Bengals. Take your opponents seriously, not for the team, but for the sake of the fans, whose hope you rose and crushed like a berry.

Do not believe me, go on twitter and Instagram, it was all I saw. I am sure you and all the players saw it too.