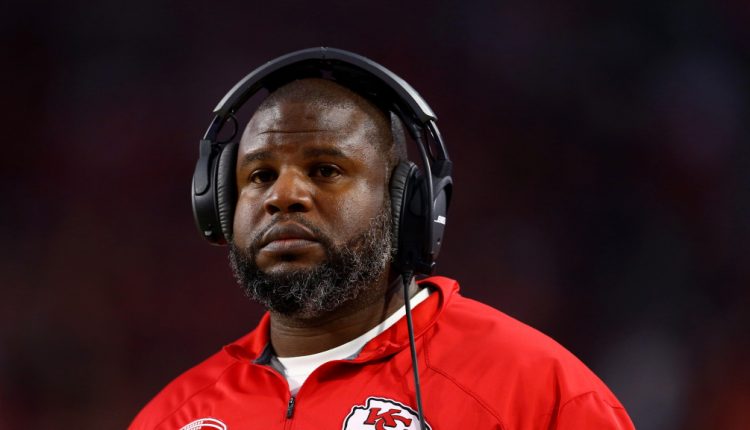 NFL coaches are now dropping like flies from Quinn at the Atlanta Falcons, O’Brien at the Houston Texans.

The question has to be asked who will be hired to replace them or any other NFL coach on the hot seat?

On the hot seat, Doug Marrone of Jacksonville Jaguars, Matt Patricia of Detroit Lions, and Adam Gase of New York Jets are in danger of being fired.

Not many teams are giving many coaches the benefit of the doubt because of the pandemic. You win or not seems to be the line they are making in the dirt.

Then there is the changing world we live in. Many want to see of coaches of color get a chance as long as they are good enough for the job that is. So a changing of the guards is in order to usher in a new culture and way of thinking.

So there are a number of college coaches and NFL coordinators looking good to get hired this season.

Saleh is noted for creating the legion of boom. He came to the 49ers and made their defense one of the best in football in 2019. He created a more effective Cover 3 scheme in Seattle and is very likely to make a strong defensive team.

Bieniemy is the offensive coordinator of the best offense in football. He has interviewed with the Panthers and Giants before. He is still hot on many people’s list to take a team and make a Chief like offensive team. Honestly, he would be better suited going to a team without an established quarterback. Then he can really make the team in his shape.

Daboll has served under both Bill Belichick and Nick Saban. The highlight on his resume will be Josh Allen’s explosive growth.

Eberflus has done well for himself as a defensive coordinator. Eberflus has transformed the Colts defense from an average defense into a good defense. That deserves some praise.

Another Colt, yes another one. Sirianni has improved the Colt’s offense and is likely to help Rivers to great heights as he is expected to.

Baltimore finished fifth in turnover percentage, third in points allowed, fourth in yards allowed and second in first downs allowed. Martindale is responsible for that and is looking good to get an interview.

Roman has created a great unit around Lamar Jackson. He did that at the San Francisco 49ers too, so his resume is stacked. Roman’s teams have never finished worse than fifth in interceptions thrown.

He has won Super Bowls as a defensive coordinator. He had done well in so many other places. A chance has been fleeting, but is overdue if you think about it.

Allen has made New Orlean’s defense top level consistently. So his resume is stacked, will he get a chance is a good question.

He backed out of a deal to coach the Colts, so he is on a list of people worth hiring. How many others are looking at him can be argued. It remands to be seen if he wants to be a coach or waiting for a sweet opportunity.

Bowles had a good record making Buccaneers one of the best defenses in football last year. It might not be a bad idea to give him a chance to build a great defensive team.

Garrett has a lot of experience and can easily make good on the expectations people have of him. He has coached quarterbacks well, his experience with team management and media is pretty good.

Anthony Weaver could be in pole position to get the Houston Texans job if all goes well in his favor.

He had been under Romeo Crennel before getting his own autonomy. He started out as a linebackers coach at North Texas and now here he is on the edge of a possible dream.

He is been fingered for the creation of San Francisco’s exceptional running game. It can be the edge run, the inside zone, he can make them and likely he can make them elsewhere. A team would only need to give him the chance.

The Andy Reid tree remains on fire to be stripped by many teams in the league. Mike Kafka is another one likely to get picked off. He is Bieniemy’s successor and has learned from the best in the league, he might need more experience before he is truly considered.

John has made a name in the special-teams realm. He did great work for the Rams

His reputation for making NFL-ready quarterbacks added to his great football coaching, he is a hot prospect for any team.

The Packers wanted Fitzgerald at one point. Fitzgerald transformed this team into something great.

Fitzgerald has been to nine postseason bowl games since he took the job.

The Cincinnati Bengals Gave Their Fans A Fleeting Hope