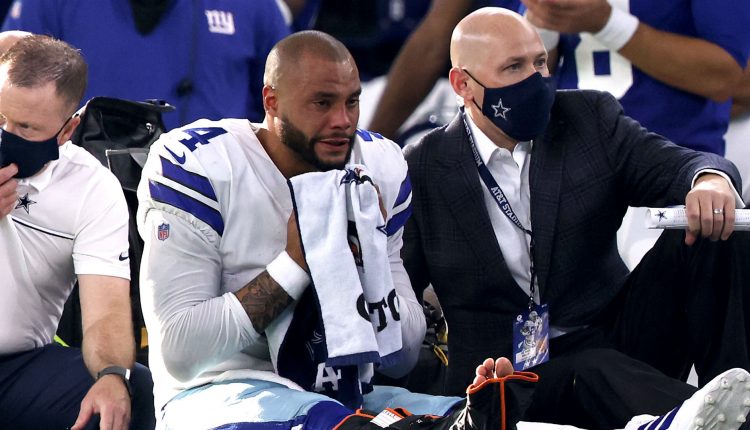 It is funny when we talk about injuries in sports. They are a regular part of an athlete’s life. A player gets injured. The organization tends to them, arranges surgery if need be. The backup gets his chance and steps up to the plate to make sure the team is not derailed from its task, which is to win.

That is becoming harder nowadays, especially in the NFL. As of the time reported, the NFL league has over two hundred and twenty nine players on the injury list and the comedy died at the actual massiveness of that number. Many have been theorizing why there are so many injuries.

The most likely reason is that the longer period of stoppage may have allowed many player’s body to go into a state of rest. Once they returned, not many of them warmed up properly back into the highly competitive game that is American Football.

Now some would say this is why a preseason was needed, I think that would have made the injury outlook worse, because their best players would be getting injured in unimportant matches. Better in the heat of the season then in something as meaningless as the preseason, I think.

The only benefit it would have afforded is that the teams could draft following the preseason games.

Now teams crippled with all these injuries have to dig deep into their rosters. This made us see something interesting. One it proved something we all knew, but never wanted to admit.

Most teams have below average players as backups for their main players. The starter and the backups were like night and day. Especially in coveted positions like the quarterback position, it was interesting to see these teams have so much faith in their starters that they never had a rotational player ready to step into the spot with any reasonable ability to do the job close to the now injured starter.

Cam Newton did not play against the Chiefs, his backup was not good. Drew Lock has been out for a while and his backup has been barely cutting it.

The only positions not affected by this were the receiver positions because we all know good receivers are aplenty in the NFL, but elsewhere it was bad. Many once good offensive and defensive lines have been gutted due to the plethora of injuries.

The already great teams are now good, while the already bad teams are looking like high school teams on the football field. It can be said, that the team that manages their team roster the best or is luckier than the rest of the league to keep their roster healthy might win the Superbowl even if they had no chance in hell in any other times.

Many people do not want to admit this, but it is teams that win Superbowls not only a quarterback. Quarterback can give them a damn good shot. This is why the age old adage, that offense wins games, but defense wins championships has so much credibility. Because it is true if you think long and hard about it, a cohesive team has a better shot at winning consistently.

Many of these teams have to use players who have not played much with the starters. It will be interesting to see who will have the best chemistry when it comes down to the wire. So, roster management and practice will be essential in the coming weeks.

Maybe things will change, will this implore teams to have ready replacements for their teams? Most likely not, the culture of the NFL is that the rookie takes the veteran’s job. No player likes to have to look over their shoulder.

It might prevent complacency, but some players perform better when they are free to do their style and not overthink what the right choice on the field is.

Still, many teams will be more conscious going forward that their backups should not be benchwarmers, especially for teams rebuilding right now. Now would be a good time to rotate players and build up that experience and chemistry.

Another thing to consider is guaranteed money. A thorn in any organization’s side is a godsend for many players. If they get injured or cut, the player can get money guaranteed to him which will help him feed his family and soften the blow of injury.

Teams might be reluctant to give guaranteed money, but looking around the league, players are going to be asking for it more knowing how fragile their careers are and how easily they can be replaced. Tyrod Tyler being a perfect example, because, he got injured. Justin Hurbert took his place and his chance at the quarterback role. It has been made official. Tyrod Tyler is not getting back that job any time soon.

Dak Prescott suffered a compound fracture and dislocation of his ankle while being tackled in the 3rd quarter in yesterday’s win against the New York Giants….

Dak Prescott is also looking to be on the sidelines for a long time with a possible career ending injury. The Cowboys will be in Andy Dalton’s hand. He is not likely to take Dak Prescott’s job, but considering how the contract negations were going between Dak and the Cowboys, it might not be out of the ballpark to suggest that they will look for a new number one QB. If he is in the reserves it is likely DiNucci, if it is in the drafts, it can be anyone.

Trades are more complicated and can damage your prospects if you are not careful. Still, if you are wise enough you can pull off a killer trade and get the right replacement that is needed. It will be interesting what will happen going forward, but hopefully the players injured get better and get back on the field ready for battle again.

The Chiefs Were Handed Their First Humbling Lost