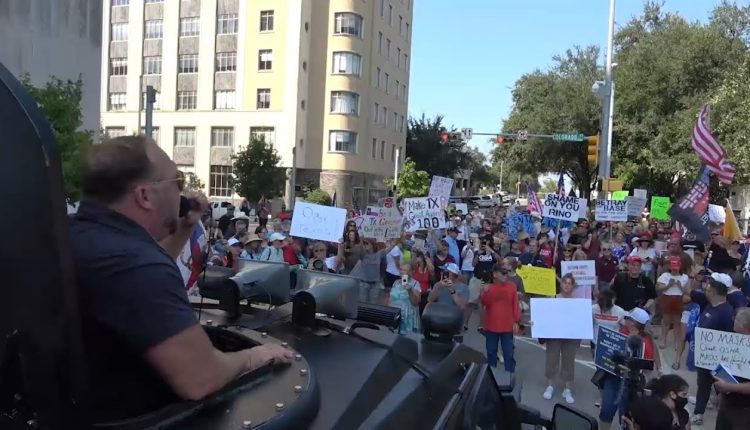 “Exile King Abbott,” “Liberty First Take Texas Back Now,” signs along with Trump flags were waived while Jones shouted over the loudspeaker.