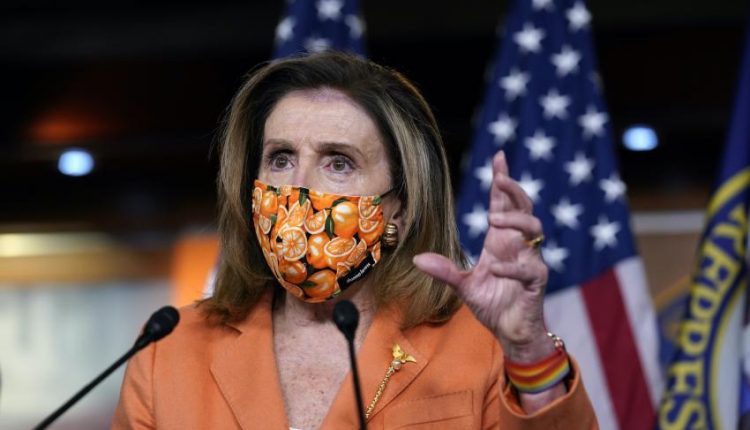 “Tomorrow, by the way, tomorrow, come here tomorrow, we’re going to be talking about the 25th Amendment, but not to take attention away from the subject we have now.” Democratic Speaker of the House Nancy Pelosi said during her weekly press conference today talking about possibly using the 25th amendment to remove President Trump from office.

Nancy Pelosi teased a discussion about the 25th amendment, which pertains to the president’s removal from office if found unfit, which she said would be held…

Well, again, she never said why. In fact, she said to “come back tomorrow.” Which is a bit of a strange answer when talking about something so huge and unprecedented as the 25th amendment.

Regardless of her reason, because let’s be honest, she doesn’t have a valid one. This is VERY telling on just how insecure the Democrats are in their chances of taking over the reigns in the coming November election.

Looking at the mainstream “polls”, Joe Biden has a comfortable lead. So why would you be working so diligently to remove Trump from office, with an election under a month away?

Here is just a few videos of some Democrat Senators who are opposing filling The Supreme Court seat “because we’re in the middle of an election.“

Coons says Republicans will be hypocrites if they move the process forward.

‘We have our options’ if GOP push a SCOTUS nomination before election: Speaker Pelosi | ABC News

Secondly, I find it funny that the Democrats’ argument to not hold a confirmation hearing for Judge Amy Coney Barrett to The Supreme Court is because “we’re in the middle of an election.”

So I guess that only applies when it benefits Democrats. Because if the Democrat’s rules applied to everyone, then why would you try to use the 25th amendment to remove a sitting President while “we’re in the middle of an election?”