Could this be Trump’s October Surprise? The QAnon theory2 minute read 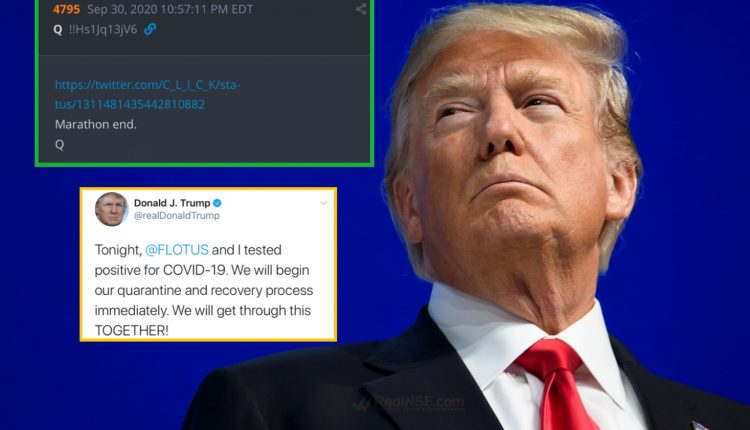 President Trump announced late last night that he and The First Lady have tested positive for COVID-19. QAnon followers believe that this is the beginning of something huge.

Tonight, @FLOTUS and I tested positive for COVID-19. We will begin our quarantine and recovery process immediately. We will get through this TOGETHER!

Thank you for the love you are sending our way. I have mild symptoms but overall feeling good. I am looking forward to a speedy recovery.

Shortly after President Trump broke the news, the Twitter community started to react. These reactions include some of the most vile responses from members of the left I’d ever seen. Including wishes of Trump’s death.

Finally some good news in 2020. Hey, while I have you: how are those “very generous” stimulis checks coming along?

Hang on, wait! We know Trump is a pathological liar. And he is losing badly in the election. Is this all a hoax to avoid having to participate in any future debates with Biden & to drum up some public sympathy? His campaign really is spiraling so don’t rule out anything!

Other responses were from the QAnon community that included a very interesting conspiracy theory.

Honestly, I didn’t quite understand what it all meant. So I asked for help from the Q community.

They believe that this is not a coincidence. That this happened on the first day of “Red October” for a reason. In the coming weeks there will finally be arrests of the deep state, including Hillary Clinton.

Some took the President’s tweet and broke it down into a secret message confirming this theory.

Yep, he said yesterday at the event that it’s gonna happen sooner than you think. LOL And he was fine !! ‘ TO GET HER ‘ #TOGETHER pic.twitter.com/Eyf6NsswkU 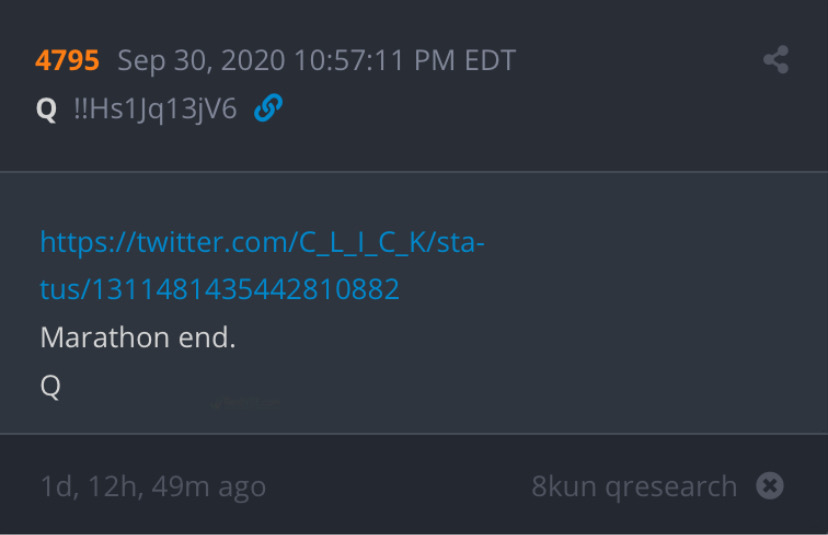 Q referenced a clip of one of the President’s rallies.

The “marathon” in the Q drop refers to the ongoing investigations into Russia-gate, Hillary Clinton’s emails, Comey, ETC.

The letter CUE=17. We try not to write it because of censorship. Yes, her= Hillary. Marathon over = sprint to the finish. Deep state arrests coming.

According to Q the President was hinting that there will be major arrests coming and he is going into “quarantine” while it all goes down. Referring to this period as “10 days of darkness”.

I found all of this extremely fascinating and thought I would share. We shall see what happens.