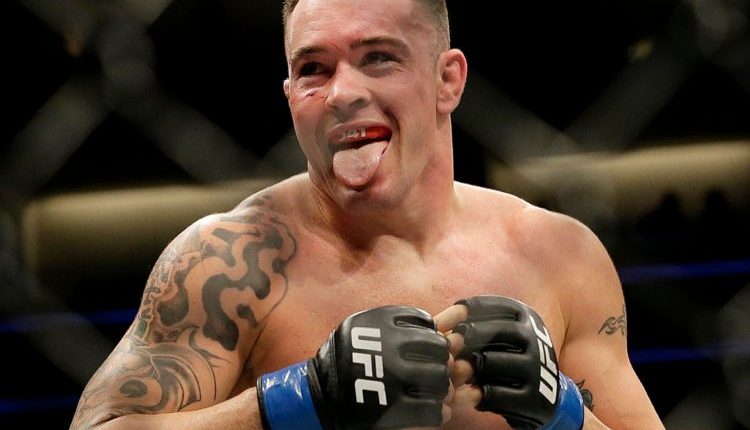 UFC fighter Colby Covington has been embroiled in a one sided twitter beef with LeBron James.

Colby Covington started his assault on Saturday. On that day, Covington defeated Woodley within five rounds, by way of TKO. Trump had called Colby Covington during his post-match interview to congratulate him.

Covington revealed the words of the president. “I’m proud of you man,” Trump said. “I’m a big fan and I’m proud of you. You’re tough, you have the right spirit.”

Then he said the words that would go viral. “I wanna dedicate this fight to all the first responders, all the military out there,” Covington said. “This world would not be safe without you guys. You keep us safe. Not these woke athletes. Man, I’m sick of these woke athletes and these spineless cowards like LeBron James.”

The potent part of those comments ended up being the insult of calling LeBron James a “spineless coward”.

He was insulted or dismissed by various NBA players on twitter.

Orlando Magic’s Michael Carter-Williams commented on that same post, “weird how no one tells

him to stick to fighting.”

“Why tho?” Houston Rockets’ Austin Rivers asked something as well.

Covington fired back though. Covington on Monday tweeted that the Los Angeles Lakers star couldn’t “last 10 seconds with me.”

“LOL at the snowflakes that believe @KingJames could even last 10 seconds with me!” his tweet read. “If that coward had the b—s or the ability to kick anyone’s a–, Delonte West would’ve lost his teeth long before his meth habit!”

Covington here referenced Delonte West, a former Cleveland Cavaliers teammate, because of a rumor from as far back as 2010. The rumor alleged that West, Lebron James’ former teammate, had an affair with James’ mother.

The rumor died away mostly due to the lack of credible evidence indicating the relationship ever happened.

A lot happened since then, West is out of the NBA and his mental health concerns have led to issues with homelessness.

It should be noted Covington is a public supporter of Trump. It can be assumed that was why Trump called him after the fight.

To this day LeBron has not responded. He is likely not going to. Covington is a MMA fighter, while LeBron James is a NBA star. They come from different sides of the sports world, two different perspectives of the American experience.

This rant may be funny to some, but it emphasizes a deeper problem that we never want to admit. The anger and rage that comes from these different perspectives have permeated into actions that we are seeing quite clearly and emphatically.

LeBron protested because of his anger at the death of black men and woman. Covington angrily called LeBron a spineless coward, because he feels the disrespect being thrown at the feet of military and police is unforgivable. All these actions stem from anger.

It is likely they will never see eye to eye, but rest assured the anger will simmer and remain between the two towns across the river. How either one will deal with it or solve it will determine the future of this country.