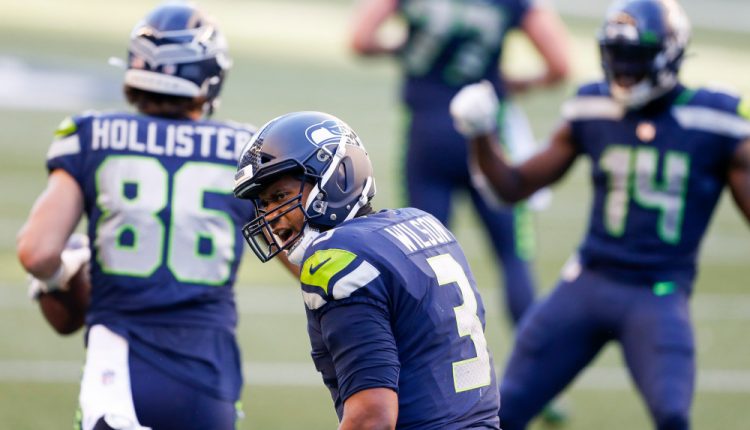 Everyone was expecting the match between the Seattle Seahawks and the Dallas Cowboys to be a fireworks show and everyone wanted to see a sparkling match worthy of being the highlight of this season. Well, it might be, as the match did not disappoint.

But if you thought we would be celebrating Dak Prescott today, nope we have to give it to the Seahawks. The Cowboys had a plan. Stop Russell Wilson’s passing ability, if they can lockout the possibility of him long passing they would have a chance.

They did well with restricting the deep ball.

A lot of players made too many mistakes though. Lockett’s touchdown got help from by three defensive penalties against the Cowboys.

The players that showed up for Seahawks on the day were, rookie second-round pick Trevon Diggs he stopped that possible touchdown from D.K. Metcalf. D.K. Metcalf failed to get the touchdown for the Seahawk and got a touchback for his efforts.

Dak Prescott threw for more than 400 yards in his second consecutive game. Cowboys receiver Cedrick Wilson and Michael Gallup had a good day. Russell Wilson continued his campaign go to the super bowl, because his team is looking superbowl ready right now. He threw for five touchdowns it was a shootout

Why the Seahawks won

Bad Luck and Russell Wilson took advantage of that.

Russell Wilson threw no interception unlike Dak. Russell was sacked four times. His receivers had no problem destroying the Cowboys defense with each run down the field. The original cornerbacks that should have started the game were injuried.

Why the Cowboys lost

Diggs was outstanding for the third straight week, but one man cannot save defense. Defense is a lot more team oriented. With their best corners gone and multiple missed coverages at the safety position at different points of the game, in all it did not do much.

Then came the specials teams. They had a botched punt that led to a safety plus two missed PATs. The defense gave away some defensive penalties that extended drives.

Reed beat Connor Williams forcing a fumble on Prescott. Mayowa recovered and the Seahawks took the possession and pushed their lead further to 30-15.

Then they came swinging, Greg Zuerlein’s fourth-quarter field goal gave the Cowboys a lead at 31-30, it appeared they would have another second straight comeback victory. It was not enough though.

Considering the great comeback win the Cowboys had over the Falcons, it can be said the Cowboys are a good team. Cowboys did something no team has done in 87 years. It occurred in a win that rarely materialized under Jason Garrett. A comeback of that magnitude had to be respected.

Dak Prescott was down by half and he almost muscled his way to a possible close win. But it ended up being a close loss.

The Seahawks were just better on the day. The cowboys could have won, but they will have to take this loss, learn and be better next time around.

They must go forward and fix a couple things, namely the offensive line. It was bad in this game. It led to lost possession. They have a lot of injuries, their replacements need better chemistry and dedication not screwing up. That will take time, we are afraid.

The Cowboys will go against the visiting Cleveland Browns, while the Seahawks head to meet the Miami Dolphins.

Schumer not even willing to talk to Amy Coney Barrett

LeBron James has reached the NBA Final for the Tenth Time