Islanders vs Stars, Who Will Get The Edge in The 2020 Stanley Cup Final3 minute read 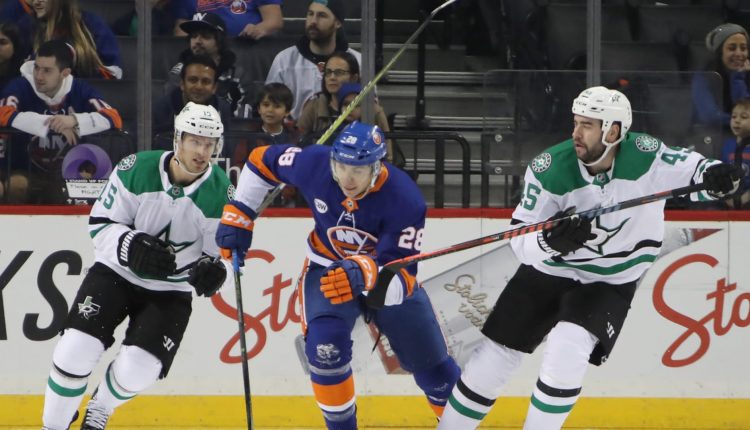 It is the Lightning who are favored over the Stars in the Stanley Cup Final. Dallas won game one.

There have been only five of the 51 instances in which they dropped the first two games of the series. Either team will be looking to avoid being put in either situation, with one win a piece, the third match will be interesting.

Lightening are likely to win it all, if the Stars slip. The Lightning have a hype that is infectious. Andrei Vasilevskiy has racked up a 1.88 goals-against average and .929 save percentage.

The Lightning has great offensive support with eight different players have scoring at least four goals this postseason. So their attack is just as strong as their defense.

Hedman got four in the series against the Islanders.

You cannot count out the Dallas Stars though. Dallas had defeated the Colorado Avalanche and Vegas Golden Knights. Those are teams that deserved to be in the playoffs and could easily have given Lightning a run for their money.

The Stars don’t have the star spangled talent like the Lightning have. Dallas are scrappers and that style of play works well in frustrating the smooth more entertaining type of play of the Lightning.

They are hard to beat that way. Speed is nullified, they counteract odd-man rushes and control the space very well.

Lightening may have the talent in the world, but it does nothing for them if they cannot create scoring opportunities.

The majority of the possession was in the hands of the Lightning, but the Stars made better use of their time. Dallas’s efforts received goals from Joel Hanley, Joel Kiviranta, Jamie Oleksiak and Jason Dickinson.

The Dallas Stars had a tough road in order to reach the Stanley Cup Finals.

They were forced to deal with the Colorado Avalanche then the Vegas Golden Knights. Their road to victory has become tougher, for this defeat means Lightning are not sleeping they are ready to take back this series and if need be win it.

Game 3 could be a pivotal in this series. It’s worth keeping an eye on to see who will get the edge going forward.

“Bongino Report” gaining visitors while “Drudge Report” is on way out