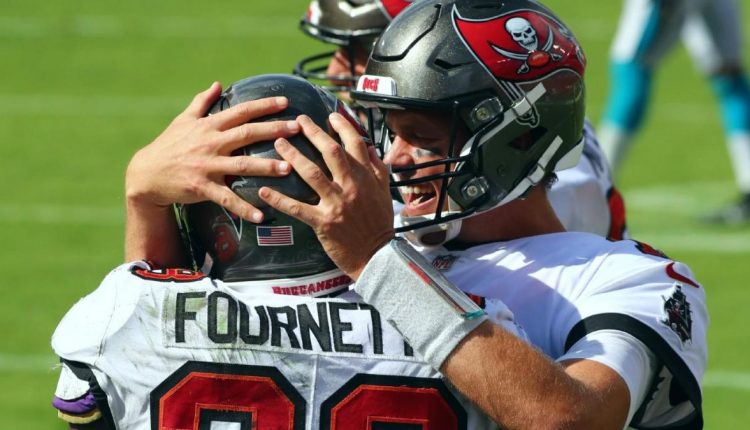 The NFL season may have just started, but the fireworks have yet to finish firing. The top two teams in the entire NFL will be duking it out.

Ravens. Both teams are off to 2-0 starts this year, and there’s a strong chance either one will be in Super Bowl LV.

Russel Wilson has been cooking and it will likely be his win, but the Cowboys have a good offense, so expect a lot points on the board. In past years, Seattle has frequently had a strong defense.

Either defense took a step back due to injuries and incapability. Still, offense will win the day and Seahawks defense can up the determination to win when needed.

The defenses have taken a step back. The Cowboys can exploit that. A strong showing by quarterback Dak Prescott can be the difference.

Everyone wants to see two of the top quarterbacks of this era. Aaron Rodgers and Drew Brees, that should be a cracking match. No team has scored more points so far this season than the Packers they defeated the Vikings 43-34 then walked over the Lions 42-21.

Saints will be without top receiver Michael Thomas, due to an ankle injury. Green Bay’s Packers defense might have a chance as long as they can keep the other receivers who are average at best quiet.

This is the second straight season that the Chiefs and Ravens are facing off in Week 3. Last year,

Kansas City won 33-28. To give perspective, Baltimore lost only twice that season.

The Ravens are hosting this time and want the win cap of a possible super bowl run. The Ravens might exploit their run defense.

Patrick Mahomes has Travis Kelce and Tyreek Hill and likely will be firing throws down the middle to bleed the Ravens a new one.

The Dolphins looked better last week. They are still losing though. Gardner Minshew making the Jaguars look good without so many of its stars. James Robinson already replaced Fournette beautifully.

The Jaguars are just stronger overall and will probably clean up at home.

The Texans have failed defensively against the Chiefs and Ravens. Expect the Steelers to obliterate them in the air and on land.

Tennessee’s defense is fine with Cousins hotter than usual. Ryan Tannehill wants to destroy the Vikings and keep the pressure on in their division.

Minnesota’s defense has looked like a patch job by an incompetent plumber. They struggled against run and pass since the start of the season. Hopefully the Vikings rise to the challenge.

Each team has had problems in their offensive lineup. From lack of depth, to lack of ability, both teams lack the power to win against anyone really.

They have two gamers at quarterback in Joe Burrow and Carson Wentz. The weapons around them are bad though.

The defense is average, with sorely missing Jamal Adams we are sure.

The Eagles are the better overall team and should win this but Joe Burrow can work magic or at least he should be able to.

The 49ers won’t have Jimmy Garoppolo, Deebo Samuel, Raheem Mostert, Nick Bosa and Richard Sherman for this game. Sounds like hope is on the horizon for the Giants, it’s not that much hope though, for the 49ers still have a decent offense.

Cam Newton is doing well so far. It is a safe bet to assume he will run all over the raiders. The patriots have a good run and passing game right now and Cam Newton is looking like a unlikely great successor to Brady who had a bad start.

Derek Carr will struggle against that top secondary even with the good running game they have. On top of that, Derek Carr just is not that good as some ‘elite’ quarterbacks we know. It will be a hard fought, but still bad day for the Raiders.

Baker Mayfield might have gotten his first win, but it is imperative he stays focused. Washington are not strong, but they are not pushovers either.

Nick Chubb will be essential for the Browns. Dwayne Haskins will make the difference if other players step up.

Sean McVay will want to build on winning last week. Their opponent is good though. Josh Allen can give Rams defense a run for their money if they are not careful.

Allen can run and scramble better than Goff. Honestly Goff always struggled against pressure and the Bills defense is looking to make that become the focus of the game.

Russell Wilson taught Falcons a lesson they will not soon forget.

Chicago’s pass defense will struggle against Julio Jones, Calvin Ridley, Russell Gage and Hayden Hurst, Though the Chicago’s can pull off an upset, it really is not out of the realm of possibilities with them.

The Chargers can beat Panthers, especially since Panthers have lost their main run support.

Panthers being led by Bridgewater will falter when it comes down to it. The duo of Joey Bosa and Ingram will seal that grave.

The Colts run-heavy offense will slow down the game. The Jets got so many injuries in their offense, it will be hard to give them this. Defense can change that fact, but anything is possible we would guess.

Tom Brady is looking shaky up against the Broncos.

Some would say he has Mike Evans and Leonard Fournette. The Bucs’ defense is good against the run.

The Broncos’ are rife with injuries right now. But we feel Drew Lock can deliver. Brady may not find his rhythm fully with the buccaneers yet.

Matt Patricia is supposed to be the defensive expert and yet the Lion’s defense feels like no one is on the field at times.

The Cardinals have a strong defense and Kyler Murray has DeAndre Hopkins. Detroit defense will fail Stafford when he is not on the field and the Cardinal’s defense will stop their run offense cold and probably get some turnovers.

Islanders vs Stars, Who Will Get The Edge in The 2020 Stanley Cup Final

Former Clinton advisor Naomi Wolf: “we don’t lose our rights because of a disease”

Joe Biden slips and let’s out the N-word